Home > NUTRITION > Food Safety > What you should know about 3-MCPD

What you should know about 3-MCPD

3-MCPD or 3-monochloropropane-1, 2-diol belong to a group of chemical contaminants known as chloropropanols.

How is 3-MCPD formed?

3-MCPD is a by-product which is formed during the hydrolysis process in the manufacturing of Hydrolyzed Vegetable Protein (HVP). It is formed as a result of the reaction between concentrated hydrochloric acid and glycerol (vegetable fats) in food proteins. It is not added to foods but it is a carry-over effect when HVP is used as food ingredient.

What are the effects of 3-MCPD to human health?

Studies have shown that 3-MCPD is a substance that causes cancer in rodents when exposed to high doses over a long period of time. However, the effect of 3-MCPD in humans is still under review.

Who is most at risk to the exposure to 3-MCPD?

Consumers who regularly take foods containing 3-MCPD are most at risk to the exposure of this substance.

What kind of foods contains 3-MCPD?

Generally, foods which contain acid-HVP as flavour enhancer will contain 3-MCPD such as:

Does 3-MCPD exists in soy sauce?

What measures should be taken by consumers?

The Ministry of Health (MOH) continues to advise the public to:

What are the steps taken by the government to overcome this problem?

What is the permitted level for 3-MCPD in foods? 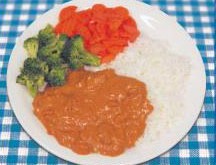 Diet Modification For The Swallowing Impaired