Tremors in an Elderly Patient

Tremors (or ‘the shakes’) are a common condition in the elderly patient. Tremors can be defined as “a rhythmic, involuntary, oscillatory movement of the body parts. It can often be distressing for the patient and relatives and can sometimes be dangerous as well. It is the commonest movement disorder and any part of the body may be involved in a tremor.

Normal movement in a person is controlled by parts of the brain including the corticospinal (pyramidal) tracts, basal ganglia (extra pyrimidal system), and cerebellum. Damage to these parts of the brain, either in single or combination (eg; strokes, Parkinsons disease) can result in tremors. Sometimes tremor is an inherited condition (eg. essential tremor).

Not all tremors are caused by disease. Normal or physiologic tremor is most common cause of tremor in otherwise healthy people; it is present normally but usually causes such small movements that it is noticeable only when enhanced by certain drugs or conditions (eg; anxiety, stress, low sugar levels or fatigu) It is usually reversible and corrected once the underlying cause is removed eg; by resting adequately.

Non-physiologic tremors however are usually related to a medical condition such as:

Sometimes a patient may not be having a real case of tremor or what is called Psychogenic tremor. This may present as a variable tremor that may decrease or disappear when not under direct observation, or with psychotherapy or placebo medications.

Things to do for an Elderly Patient with Tremors

Seek medical help for symptoms including tremors especially if distressed by it or unsure about what to do about it. A detailed history and physical examination is essential.

History: The doctor will usually ask you  to describe those situations where tremor is worst. For example, essential tremor and other postural tremors are typically worse when trying to drink from a glass, or when carrying a cup. The doctor will also ask which body parts affected and alleviating or exacerbating factors (eg; alcohol, caffeine, stress, anxiety, and certain medications eg; asthmatic medications).

Other neurological symptoms such as slowing of gait, difficulty with fine motor-functions (like doing shirt buttons) or changes in handwriting (micrographia) are crutial information in diagnosingPD. Thorough medication history, including both prescribed and over-the-counter preparations,caffeine, alcohol and other lifestyle substances are part of possible causes for tremors in elderly

Your doctor would then do a complete neurological examination and may order some tests eg CT scan of the brain or nerve conduction tests to further diagnose the tremors. The treatment of tremors would then depend on the cause, which could be as simple as stopping the offending medication (eg asthmatic medications) or introducing disease specific medications eg; anti-parkinsons medications. 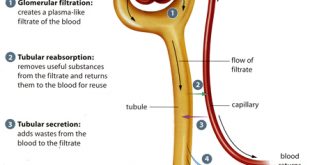