Everyone wants to have whiter teeth. Does that mean that we can provide tooth whitening treatments for every patient? Well, yes almost everyone!

One of the most common reasons patients seek dental care is discoloured front teeth. It is a common aesthetic concern with a profound effect on patient’s self-esteem, interaction with others and employability. We now have tooth whitening techniques that are simple and more predictable. (Note: this article uses the term “whitening “and “bleaching” interchangeably).

Tooth discolouration varies in aetiology, appearance, localization, severity, and adhesion to tooth structure. It can be defined as being:

Frequently used for the dental bleaching process are the following substances:

What Is Tooth Whitening?

“Tooth whitening” is to make a darker shade of teeth looks lighter.

A non-vital tooth loses blood and water supply, making it slightly fragile and subject to darkening over time. A root canal treatment can be done to save the tooth, but will not to preserve the colour.

How Is It Done?

There are basically three different options for whitening non-vital teeth:

What Are The Side Effects?

How Long Does The Whitening Take?

What Are The Costs Involved?

The price varies depending on each clinic and promotional campaigns.

How Long Will My Tooth Stay White?

For more information, please consult your dentist at nearby government dental clinic. 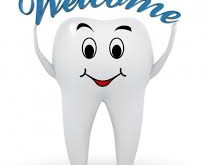 Dental Treatment At Home – Is It Possible?