While there are many reasons for auto transplantation of teeth, tooth loss as a result of advanced dental caries is the most common indication. In adolescents, the first permanent molars erupt early and are often heavily restored. When the first molar is loss in young patient, this will lead to abnormal dental occlusion due to tooth migration and imbalanced  jaw growth. Thus, treatment of such patient should be aimed on the maintenance of  the loss tooth space without alteration to growing jaw. When dental implants are placed in the adolescent candidate, they do not erupt along with adjacent teeth and result in infraocclusion with functional and aesthetic problems. In this case, autotransplantation is indicated rather than putting dental implants to restore the space.

Autotransplantation also can be considered in congenital tooth absence. Most frequently, absent teeth are mandibular thirds molars, followed by mandibular second premolars and maxillary lateral incisors. Atypical tooth eruption can also be an indication for autotransplantation.

Careful patient selection is one of the important factor determine the success of tooth transplantation. Candidates must be in a good health and  demonstrate an acceptable level of oral hygiene. They should be able to comply the post operative instructions and available for follow up visits. Patients cooperation and comprehension are extremely important  to ensure predictable results.

Teeth with open or closed apices may be considered as donors. However, the stage of root development of the transplant tooth is very important. Previous studies have evaluated the success of autotransplantation is determined by both development of the periodontal attachment and pulpal survival. Ideally, transplantation should be performed when a tooth is at its maximal length but still has the potential for pulp regeneration (apex opening more than 1 mm radiographically). Success rates are highest when the root development is one-half to two-thirds. Surgical manipulation of teeth with less than one-half root formation may be too traumatic and could compromise further root development, stunting maturation or altering morphology of tooth which then lead to failure. When root development is greater than two-thirds, the increase length may cause encroachment on vital structures such as maxillary sinus or inferior dental canal. Furthermore, a donor with a mature root formation will require further root canal treatment, recommended two weeks after transplantation. A tooth with an open root apex will remain vital and should continue root development after transplantation.

The recipient site should be free from acute infection or chronic inflammation. Adequacy of alveolar bone support is very important criteria for success. There must be sufficient alveolar bone support in all dimensions with adequate attached keratinized mucosal tissue to allow for stabilization of the transplanted tooth.

Depending on patient preference, the procedure can be performed under local anaesthesia alone or general anaesthesia. Then, the tooth at the recipient site is extracted and the recipient socket is prepared.  Preoperative occlusal and periapical radiographs of a donor tooth should be used to determine its buccolingual or and mesiodistal dimensions. Then, the donor tooth is carefully removed to ensure minimal trauma to the periodontal tissues. When the donor tooth is unerupted or impacted, extraction involves flap elevation, bone removal and gentle removal of dental follicle from around crown.

Figure A to D showing the simplified autotransplantation procedure for better understanding.

Traumatic injury to the root surface of the donor tooth will impair the success of transplant due to inadequate periodontal ligament regeneration. This is crucial for integration at the recipient site. Once removed from the socket, the donor tooth should be handled with care and the clinician is advised only to hold the crown part. Then, the tooth is placed in the prepared recipient socket. Minimal delay between tooth extraction procedure and transplantation is important to ensure maintenance of the vitality of periodontal tissues. If further adjustment of the recipient socket is required, the donor tooth can be stored in its original socket.

The dental occlusion is checked once the transplanted tooth is in its final position. The tooth should be placed in slight infraocclusion  to allow it to erupt into proper occlusion over the next few months. After proper positioning is finalized, the tooth can be stabilized using suture splint. Alternatively adhesive resins, light polymerizing resins or a temporary bridge autopolymerizing resin and wire splint can be used. Splinting should be done for one to two weeks.

Post operative instructions are similar to those following surgical removal of an impacted tooth. Patient is advised to consume soft diets for a couple of days after surgery. Patient is also should be instructed to avoid mastication on the transplant tooth and to maintain optimal oral hygiene care with the use of chlorhexidine gluconate mouthwash. Patients may also be given perioperative and post operative antibiotics.

The literature reports excellent success rates following tooth transplantation when the appropriate surgical protocol is followed. Most of the recent studies revealed that the success rate was over 90%, which is similar to that of dental implant supported restorations.The factors that lead to success of autotransplantation have been extensively investigated. The continuation of periodontal tissues vitality  is the most significant determinant for tooth transplant survival. In cases where the periodontal ligament is traumatized during transplantation, ankylosis and external root resorption is often noticed. Recent studies have found that, the success rates are greatest when the donor teeth are premolars, have one- half to two- third root development, sustained minimal trauma and  limited extraoral time during surgery. The surgeon’s experience is also affects the success because this procedure is technique – sensitive.

Although the retention of tooth and restoration of the edentulous space is the desired outcome for patients, the other specific parameters have been used to measure the survival of implanted tooth.These important parameters include periodontal attachment, degree of mobility, pain, root resorption, root development, sensitivity to percussion, gingival pocket depth, presence of gingivitis and the presence of fistula.

The most common cause of failure of tooth transplantation is chronic root resorption. The other causes are inflammatory resorption, replacement resorption (ankylosis), marginal periodontitis, apical periodontitis, caries and dental trauma. Inflammatory resorption may become evident after 4 weeks, while replacement resorption may not become evident after autotransplantation of tooth. The incidence of both types of resorption can be reduced with atraumatic donor tooth extraction and immediate transfer site to minimize  the injury to the periodontal tissues. 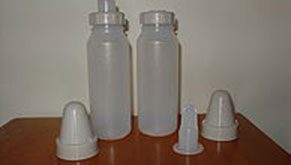 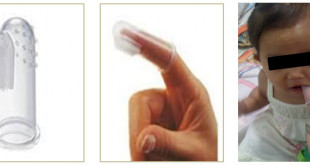 How do I Care For My Toddler’s Teeth ?