Home > GOLDEN YEARS > The Importance of Screening for Visual Impairment

The Importance of Screening for Visual Impairment

Blindness is defined as visual acuity of less than 3/60 or inability to count fingers at a distance of 3 meter in the better eye using available means of corrective devices (with glasses if available).

Low vision is defined as acuity of less than 6/18 but equal to or greater than 3/60 in the better eye using available means of corrective devices (with glasses if available).

National Eye Survey done in Malaysia in 1996 shows the prevalence of bilateral blindness was 0.29 % and low vision was 2.4 %. A study done in a same sub-population of a village in 1984 and 10 years later shows an increase in the prevalence of visual impairment.

The study also shows that the prevalence of blindness in children was 0.05 % and increases to 4.77 % in the elderly aged 70 years and above.

What are the causes of visual impairment?

Causes of visual impairment (blindness and low vision) are as follow:.

Why is visual screening important?

What happens if visual impairment is not detected early through visual screening and therefore not managed accordingly?

Intact vision provides information on our surrounding and environment. Impaired vision will affect the daily activities which will lead to dependency.

Unilateral visual impairment is associated with issues of safety and independent living . Patient will have difficulties in estimating depth, contrast sensitivity, glare as well as coordinating vision and motor action. These will give rise to unsteady gait.

Visual impairment is associated with:

Tremors in an Elderly Patient 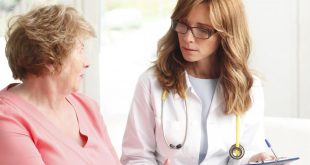