How would you know you have syphilis?

Some of the symptoms are :

What are the complications of syphilis?

How is syphilis treated?

How is it prevented? 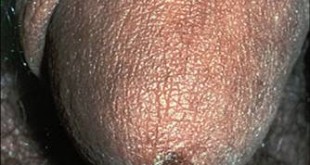