St. John’s Wort is an herb that is extracted from the flowers and leaves of a shrub that has yellow-coloured flowers.

Researchers have found a type of chemical in St. John’s Wort known as hypericin and it is effective in treating depression. Lately, research has revealed that another chemical named hyperforin plays a greater role in the treatment of depression.

St. John’s Wort is usually used as a herbal treatment for mild to moderate depression. It helps to alleviate symptoms associated with depression such as anxiety, fatigue, loss of appetite, and sleep disturbances.

How Does It Work

Natural Medicines Comprehensive Database has evaluated the effectiveness of St John’s Wort based on scientific evidence. It was shown that both hypericin and hyperforin that are contained in St. John’s Wort act as chemical messengers in the nervous system to regulate mood.

However, due to its many drug-drug interactions, St. John’s Wort is not the main choice in depression treatment especially for patients that are on other types of medicines.

St. John’s Wort is prepared in capsule form and to be swallowed whole. Topical use is not encouraged as it may cause serious side effects.

The dose as according to scientific researches for treatment of mild to moderate depression are as follows:

St. John’s Wort should be taken after meal at the same time everyday to get optimal effects.

St. John’s Wort is only used for short term treatment. If the patient experiences any side effects or does not show any improvement, it is advisable to stop the treatment immediately. Long-term consumption should only be considered upon advices from doctor or pharmacist.

However, St. John’s Wort can not be stopped abruptly for individuals that have been taking it for long duration. It may cause unwanted side effects. Therefore, it should be tapered slowly.

Drug interaction occurs when the medicine reacts with another substance and causes unwanted effects. These interaction can either cause the medicine to be less effective or even harm the patients.

rug Control Authority has decided that products containing St. John’s Wort should include warning on the packaging as below :

Side effects that may occur

St. John’s Wort may be safe for most individual who are taking it for short-term. However, there are a few side effects that may occur such as :

Note : Information provided in the article is only a summary of the product and serve as reference of information. This article does not guarantee the safety and effectiveness of the product, nor the suitability for your conditions. This is not a personal health advice and does not substitute any professional health advice. Please refer to your doctor or pharmacist for more information before using this product. 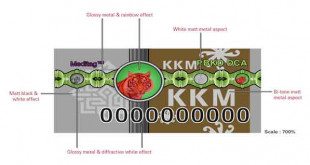 Medicines for treatment of arthritis