Home > PRIME YEARS > Disease > Some of my friends are germs!

Some of my friends are germs!

Germs or Microorganisms play a very important role in our lives. In the absence of microorganisms, for instance, higher life forms would never have arisen and could not now be sustained. Indeed, the very oxygen we breathe is the result of past microbial activity. No other life forms are as important as microorganisms for the support and maintenance of life on Earth.

Microbes are very small living organisms, so small that most of them are invisible. The majority can only be seen with a microscope, which magnifies their image so we can see them. In fact microbes are so tiny you would find over a million in a teaspoon of soil. They make up more than 60 % of the Earth’s living matter and scientists estimate that 2-3 billion species share the planet with us.

The surface of human body, inside and outside for example the skin, mouth and the intestines, are covered in millions of individual micro-organisms that don’t do us any harm. In fact they help to protect us from becoming infected with harmful microbes. They are known as the normal body flora.

Good bacteria can do several things to promote health. They help to break down plant starches and other foods that the human body has difficulty digesting. This allows the body to convert more food into energy. Human microflora consists of 400 different species of bacteria. Some of these are beneficial and others are potentially harmful. A balance between the two is vital for human health and wellbeing. Good bacteria also help the body to turn extra calories into fat.

The human body does not make vitamin K by itself. Bacteria create this, and other essential vitamins, as by-products of the food and other digestive materials they ingest. They also help our bodies to break down drugs and carcinogens, which can cause cancer. This is not the only way that bacteria help to prevent cancer, however. They also help the walls of the digestive tract to renew themselves.

Our agriculture system depends in many important ways on microbial activities. For an example, a number of major crops are members of a plant group called legumes, which live in close association with bacteria that form structures called nodules on their roots. In the root nodules, these bacteria convert atmospheric nitrogen (N2) into fixed nitrogen (NH3) that the plants use for growth. In this way, the activities of the bacteria reduce the need for costly and polluting plant fertilizer.

Microorganisms also play key roles in the cycling of important nutrients in plant nutrition, particularly those of carbon, nitrogen, and sulphur. Microbial activities in soil and water convert these elements to forms that are readily accessible to plants.

Nature uses microorganisms to carry out fermentation processes and for thousands of years mankind has used yeast, moulds and bacteria to make food products such as bread, beer, wine, vinegar, yogurt and cheese as well as fermented fish, vegetables and meat.

Other widely-eaten types of health-boosting sustenance include fermented soybean products found around Asia.

Meat starter cultures are used to make dried, fermented products such as salami, pepperoni, chorizo and dried ham. Lactic bacteria develop the flavour and colour of the products. In addition, a wide variety of moulds are use to ripen the surface of sausages, preserving the natural quality of the product and controlling the development of flavour.

Other benefits of microorganisms will be in the wine industry and also in the health food industry. Lactic bacteria tablets are now available to imbalance the intestinal flora and hence to improve the quality of life.

In recent years, probiotic cultures have become popular because of their health benefits. Probiotics are live microbial feed supplement which beneficially affects the host by improving its intestinal microbial balance. They are available in supplements and foods. These cultures are all very carefully selected cultures and there is good evidence that they improve digestion system and boost the human immune system. Lactobacillus acidophilus DDS-1 is a highly effective strain of beneficial bacteria. It has been found that this specific probiotic strain possesses vital properties important to human health because it colonized well in the human gut.

Some microbes are used for medicinal production. One of the most important groups of medicines called antibiotics, are produced by fungi and bacteria. The name antibiotics means ‘against life’. It is appropriate, because they attack bacteria and other unicellular organisms that are pathogenic for humans. Most antibiotics used today were found originally in fungi.

Microorganisms, Energy and the Enviroment

Microorganisms play important role in energy production. Natural gas which is called methane is a product of bacterial activity. Methanogenesis can also be beneficially exploited, to treat organic waste, to produce useful compounds, and the methane can be collected and used as biogas, a biofuel. It is the primary pathway whereby most organic matter disposed of via landfill is broken down.

Bioplastics or polyhydroxyalkanoates (PHAs) are a special type of biomaterial. They are polyesters, produced by a range of microorganisms Biodegradable bioplastics are used for disposable items, such as packaging and catering items (crockery, cutlery, pots, bowls, straws).

They are also often used for bags, trays, containers for fruit, vegetables, eggs and meat, bottles for soft drinks and dairy products, and blister foils for fruit and vegetables.

In these areas, the goal is not biodegradability, but to create items from sustainable resources.Medical implants made of PLA, which dissolve in the body, thus saving patients from going for another operation.

Bioremediation is the use of living organisms for cleaning up oil spills and soil and water pollutants. Various microorganisms can be used to clean up spilled oil, solvents, pesticides and other environmentally toxic pollutants.

A biofilter is a bed of media on which microorganisms attach and grow to form a biological layer called biofilm. Biofiltration is thus usually referred to as a fixed–film process. Generally, the biofilm is formed by a community of different microorganisms (bacteria, fungi, yeast, etc.). Sewage treatment techniques are based on biofiltration of some toxic organic material by converting them into something that can be safely discharged into the environment. Biofiltration is also common in wastewater treatment, aquaculture and greywater recycling as a way to minimize water replacement while increasing water quality.

In these processes, bacteria, fungi, moulds, protozoa and other saprophytic organisms feed upon decaying organic materials initially. In the later stages of decomposition, mites, millipedes, centipedes, springtails, beetles and earthworms further break down and enrich these composting materials.

The overwhelming influence of microorganisms in human society is clear. Indeed we have many reasons to be aware and appreciate the existence and activities of these microorganisms. 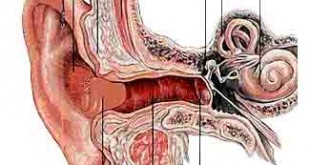