On 21 October 2013, the body of a 15 year old girl was found in a bag in Shah Alam, Selangor. The accused, a 23 year old man, her newly acquainted boyfriend through the social media, was alleged to have made sexual advances and when she resisted, was hit with a dumbbell.

The spate of sexual violence victimizing individual from all walks of life, young and old has made Malaysian society convulsing in horror. Statistics shows escalating incidence of sexual violence in Malaysia between years 2000 – 2012 (1) Sexual violence has a profound impact on the physical and mental health. Besides causing physical injury, it is also associated with an increased risk of a range of sexual and reproductive health problems with both immediate and long-term consequences. Sexual violence can also profoundly affect the social well-being of victims, individual may be stigmatized and ostracized by families and others as a consequence.

What Is Sexual Violence?

Lack Of Empowerment – Those who were careless, immature, did not know of their rights and lacked knowledge and moral education were easy targets (3).

Influence Of Various Forms Of Entertainment In The Media – TV, Internet, VCD and others, portraying pornography and other negative elements. Also more accessibility to information including sex materials through social media like Facebook, Twitter, You tube, blog, and other interactive media.

Left – Behind Girls – They are most vulnerable to sexual offenses in less developed regions and migrant girls or children of migrant workers face higher chances of assault in developed areas. Left-behind children are those who remain in their rural homes after their parents migrate for jobs. The children are usually cared for by grandparents or other relatives. Lack of basic guardianship can even lead to repeated and prolonged sexual harassment and assault. (4)

Age – Young women are usually found to be more at risk than older women. Data from justice system and rape crisis centre in Malaysia shows between 1/3 and 2/3 of all victims of sexual violence are aged 15 years or less. Teenagers are easily intimidated and overcome.

Alcohol And Drug Consumption – Increased vulnerability to sexual violence. The problem of ecstatic pills and other stimulants easily available at entertainment spots has gone unabated. Consuming alcohol and drugs makes it more difficult for people to protect themselves by interpreting and effectively acting on warning signs. On the other hand, alcohol or drug has been shown to play a dis-inhibiting role in certain types of sexual assault as people are more likely to act violent when drunk.
Having Previously Been Raped Or Sexually Abused – A national study of violence against women in the US found that women who were raped before age 18 years were twice as likely to be raped as adults compared to those who were not raped as children or adolescent 18.3% and 8.7% respectively.

Education Level – Women are at increased risk of sexual violence as they are of physical violence by an intimate partner, when they become more educated and thus more empowered. Greater empowerment could bring with it more resistance from women to patriarchal norms, so that men may resort to violence in an attempt to regain control. Rape then becomes a way to compensate for their underlying feelings of inadequacy and feeds their issues of mastery, control, dominance, strength, intimidation, authority and capability.

Poverty – Poor women and girls may be more at risks of rape in the course of their daily tasks e.g. walking home on their own from work late at night, working in the fields alone. Also at risks are poor children with less parental supervision when not in school as their parents are at work and cannot afford child care. Children may themselves working, thus vulnerable to sexual exploitation or sexual coercion especially from those who can promise things to them.

Disaster/Riot – Major disaster particularly where safe spaces, privacy and access to justice are minimized and destroyed, there is an increase rate of sexual violence. E.g. the sexual violence experienced by large number of Haitian women and girls living in Internally Displaced Persons (IDP) camps following the January 2010 earthquake. And also during the Hindu-Muslim riots in Northern India where children were gang-raped (5) Sexual violence was rampant during the three-day riots and victims of the riot seek shelter at the camp in Malakpur.

Early Childhood Environment – There is evidence to suggest that sexual violence is also a learn behaviour on some adults, particularly as regards to child sexual abuse. Childhood environment that are physically violent, emotionally unsupported and characterized by competition for scarce resources have been associated with sexual violence. Sexually aggressive behaviour in young men for instance has been linked to witnessing family violence and having emotionally distant and uncaring father.

Neglectful Parenting – Parents are unaware of their children’s whereabouts, activities, friends or academic performance because they are bogged down with their own lives and careers. Lack of parental skills and guidance will not enable our children to tread on the right path.

Global Trends And Economic Factors – Global trends for instance towards free trade have been accompanied by an increase in the movement around the world of women and girls for labour including sex work.

Gender Inequality – is a contributory factor to sexual violence where women are not respected nor treated as equal to men in terms of their worth, constantly regarded as weak and easily manipulated. This can create an environment that readily accepts and normalizes violence, blaming women without punishing men.

Moral Degradation – The nation’s rapid economic and technological development is not matched by moral and human development. The development of morals and values are essential to reduce moral degradation affecting our younger generation.

Ask For Help
If you’re a victim of sexual violence, here are some ways to get help.

For rape victims, never clean your self because useful physical evidence may be destroyed or washed away. Get a medical examination at the hospital as soon as possible. A police report may also be made at the hospital itself. 60% of such cases occurred while dating (3). The One Stop Crisis Centre (OSCC) and the Department of Social Work in the hospital will render support and help for victims

NGOS
Get support and assistance from women’s NGOs;

These NGOs are dedicated to the elimination of violence against women and children and the promotion of women’s equality. Their role towards survivors is to provide a support system to help her deal with her physical and psychological trauma and enable her to regain control over her life. These organizations can provide or arrange temporary shelter for abused victims, support in obtaining Interim Protection Order, free counseling services and legal advice.

Always stay alert to your surroundings and be prepared to respond if a crime happens or if there is a threat of one.

The Laws That Protect The Victim And Penalized The Convicted Perpetrator 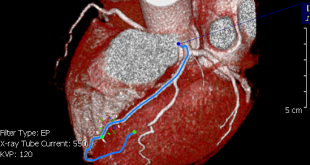 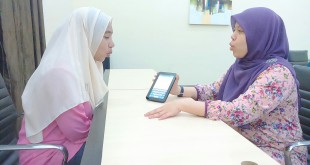 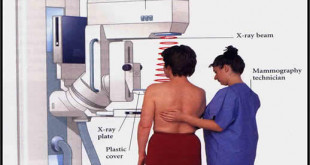