What is Sexually Transmitted Infections (STI’s)?

In Malaysia, STI’s have been rising continually and there is an increase in positive diagnoses of chlamydia, genital warts, and herpes.

Most conditions vary in their symptoms but the most common are listed below:

In women, genital chlamydial infection often does not cause any symptoms. However, there may be non-specific symptoms such as cystitis, a change in the vaginal discharge, or mild lower abdominal pain. Men with chlamydia commonly experience a urethral discharge from the penis, and may have inflammation of the tube leading from the bladder to the tip of the penis (urethritis), or of the tube leading from the testes to the penis (epidymitis). This discomfort may then disappear but the infection can still be passed on to a sexual partner.

Many people who get the virus that leads to genital warts do not show any recognisable symptoms, and this is why the infection can go undiagnosed for a long time. However, if symptoms are present, they may include small white spots or lumps that are hidden inside the vagina or anus

Like genital warts, genital herpes is a condition that often presents no symptoms and can remain undiagnosed for long periods of time. Symptoms may show in the form of flu-like symptoms, itchiness, burning or tingling around the genitals, small, fluid-filled blisters that burst to leave sores, and pain when passing urine.

Gonorrhoea is an infection that is found in both sexes and can affect the genitals, anus, rectum and throat. About half of all women infected with gonorrhoea, and over 90% of men experience symptoms, including thin, watery discharge from the vagina or tip of the penis that can appear yellow or green, with pain when urinating.

The symptoms of syphilis usually begin with a small sore on the penis or vagina. Up to six months after the initial symptoms occur, you may experience flu-like symptoms, such as aches and shivering and rashes elsewhere.

Many people do not develop any symptoms when they first become infected with HIV. Some people, however, get a flu-like illness within three to six weeks after exposure to the virus. The only way to know if you are HIV-positive is to have a test. Over time, infection with HIV weakens the immune system leading to difficulty in fighting off certain infections.

Non-specific urethritis is an STI that affects men. It causes discomfort of the urethra (the tube that leads from the bladder to the tip of the penis, along which urine is passed), or urethral discharge.

Trichomoniasis is an infection of the genitals that is caused by the bacterium trichomonas vaginalis (TV). This condition often has no symptoms, but symptoms may include a yellow or green discharge from the vagina with soreness. Men usually act as carriers and do not show symptoms.

Symptoms of pubic lice include itchy skin, and you may notice black powder (lice droppings) in your underwear and white eggs in your undergarments.

Scabies can occur anywhere on the body, but sometimes the signs are hard to see. Symptoms can appear weeks after first contact and include itching (especially at night), a rash, and tiny spots.

Symptoms of thrush include intense itching around your penis or vagina, with a thick, white discharge, and the appearance of tiny white spots around the genitals.

What is the causes of STI’s?

Sexually transmitted infections (STI’s) are passed from person to person during intimate sexual contact. You can catch STI’s through:

The Diagnosis of STI?

Most sexually transmitted infections (STI’s) are initially diagnosed on presentation of the symptoms, and then formally through blood, urine and other tests. The results of an STI’s test are completely confidential.

The GPs or local health clinics commonly used a swab test which involved taking a sample of secretion from the vagina or penis using a piece of absorbent material attached to a rod, such as a cotton bud. The sample is then sent to a laboratory for examination.

In some cases, such as pubic lice, STI’s testing is not necessary because the symptoms are conclusive. Other STI’s are difficult to diagnose as they present few or no recognisable symptoms. For example, chlamydia sometimes presents no symptoms, and often goes undetected unless it leads to complications, such as pelvic inflammatory disease (PID), ectopic pregnancy or infertility.

Most sexually transmitted diseases (STI’s) can be treated using a single dose or a course of antibiotics. These include chlamydia, gonorrhoea (although some strains are now showing signs of resistance to antibiotics), syphilis and urinary tract infections.

Antiviral drugs may be used to relieve the symptoms of genital herpes, but infection by the virus cannot be cured. Genital warts can be treated although they do eventually heal and disappear without treatment. Many people choose to have genital warts removed by a doctor, for cosmetic reasons. Caustic agents or liquid nitrogen are used to burn them away, or freeze them.

As STIs are easily passed on through sexual contact, if you have a positive diagnosis, it is important that your current and past sexual partners are notified and treated, in order to reduce the risk of spreading and re-infection. Your local health GUM clinic may be able to provide help by notifying them.

Below is a basic summary of the treatments that are used to treat the main STI’s. Most of these STI’s are also covered as separate health encyclopaedia topics which provide more detailed information and advice.

Practising safe sex is the most effective way of preventing sexually transmitted infections (STI’s). The male condom is the most effective method of preventing STI’s. However, you can never be 100% sure that a prospective sexual partner does not have an STI’s, and the more sexual partners that you have, the higher the risk of contracting an STI’s. Therefore, if you have a new partner, it is a good idea for you both to be tested for STI’s before having sexual intercourse.

If you have any of the symptoms mentioned earlier, and you think that you may have an STI’s, you should visit your local health clinic for assessment and investigation. You should also ensure that your partner is aware of the various STI’s and their consequences, and if necessary, encourage them to get tested. 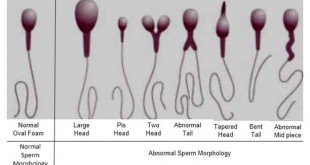 Effects of smoking on male fertility