Skin on the soles of the feet, palms of the hands, and fingers of humans and some primates can form ridges and valleys. Friction ridge skin forms classifiable patterns.

Once a finger touches a surface, perspiration, along with oils that may have been picked up by touching the hairy portions of the body, is transferred onto that surface, thereby leaving an impression of the finger’s ridge pattern. Prints deposited in this manner are invisible to the eye and are commonly referred to as latent or invisible prints.

Visible prints are made when fingers touch a surface after the ridges have been in contact with a coloured material such as blood, paint, grease or ink. Plastic prints are ridge impressions left on a soft material, such as putty, wax, soap or dust.

The pattern of wrinkles on the lips has individual characteristics as fingerprints. The wrinkles and grooves on the labial mucosa (called sulci labiorum) form a characteristic pattern called lip prints The study of lip prints is referred to as Cheiloscopy. It can be defined “as a method of identification of a person based on characteristic arrangements of lines appearing on the red part of lips or as a science dealing with lines appearing on red part of the lips”. The lip prints being uniform throughout the life and characteristics of person can be used to verify the presence or absence of a person from the crime, provided there has been consumption of beverages, drinks, usage of cloth, tissues or napkin etc. at the crime scene. 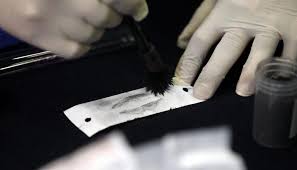 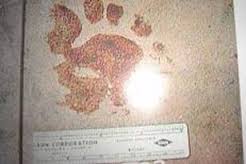 Foot print is one of the valuable physical evidences left by criminals at the crime scene. Offenders tend to remove their footwear upon entering a house to avoid noise while committing crime and to gain better grip while climbing walls and fast escape. Useful information can be obtained from foot impression evidence. Footprints are of value in establishing the identity of the criminals in forensic investigation. Height estimation using foot measurements have been done for different population. 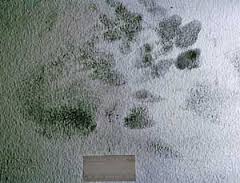 Print On Body And Scene

Many homicides involve close contact between the victim and the perpetrator and detection of latent print on a dead body is of paramount important to identify the perpetrator. Currently, there are several methods used to obtain latent prints from the skin of homicide or assault victims. These methods include the use of:

Other than photograph, print evidence found at the scene of crime can be preserved by using ink, powder and cast.

How Print Can Be Matched To The Suspect?

Print classification systems are based on knowledge of pattern classes. The individuality of a print is not determined by its general shape or pattern, but by a careful study of its ridge characteristics. The expert must demonstrate a point-to-point comparison in order to prove the identity of an individual. 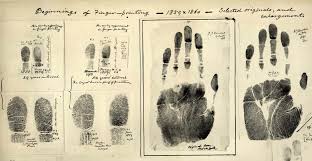 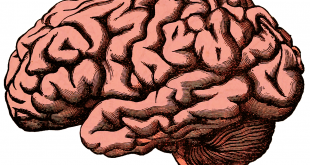