Iron is an essential mineral that is required for good health. The red blood cells in the body contain iron in the heamoglobin which carries oxygen to the tissues from the lungs. Iron is needed to make heamoglobin. Lack of iron in the blood can lead to limited production of heamoglobin, which in turns affects the production of red blood cells. This will lead to iron-deficiency anaemia (IDA), which is a very common nutritional deficiency. Because red blood cells carry oxygen throughout the body, anaemia results in less oxygen reaching the cells and tissues, affecting their function.

Iron-deficiency anemia can result from several factors including:

Adolescents are vulnerable and at the highest risk of anaemia during their adolescent growth spurt. Iron requirements are increased during adolescence for the deposition of lean body mass, increase in red blood cell volume and to support iron lost during menses among girls. Increased needs for iron combined with low intakes of dietary iron makes adolescents, especially girls, at risk for IDA.

A diet low in iron is the most common cause of IDA in adolescents. Teens who do not eat enough or who eat foods that are poor sources of iron are at risk for developing IDA.

Symptoms of IDA vary depending on the severity of the condition. IDA may occur without symptoms and be detected only during a medical examination that includes a blood test. Symptoms of IDA may include :

Since the symptoms of IDA, such as fatigue and pale skin, are common to many conditions, a doctor will need more information to make a diagnosis. If IDA is suspected, the doctor will probably do a blood test to diagnose iron deficiency.

Because a reduction in red blood cells decreases the ability to absorb oxygen from the lungs, serious problems can occur in prolonged and severe IDA that is not treated. IDA can lead to secondary organ dysfunction or damage, including heart arrhythmia and heart failure. Adolescents with severe IDA may also have an increased risk for stroke.

If an adolescent gets pregnant and suffers severe IDA, she may have an increased risk for poor pregnancy outcome, particularly if she is anaemic in the first trimester.

Although in most cases IDA is due to poor dietary iron intake, diet changes alone usually are not adequate to replenish the depleted iron stores. Similarly, multivitamin pills with iron are not enough to treat IDA. A separate daily iron supplement may be prescribed by the doctor.

Iron pills should not, however, be given with milk or caffeinated beverages, as this will interfere with absorption. Vitamin C enhances iron absorption. So, sources of vitamin C should be included in the diet.

The doctor will continue to monitor the iron status and once corrected, iron stores can be maintained with an iron-rich diet.

Eating a well-balanced diet that includes foods that are good sources of iron may help prevent IDA. Foods that are rich in iron includes red meat, liver, chicken, cockles, anchovy, fish, eggs, raisins, iron fortified foods and green leafy vegetables It is also important to have plenty of vitamin C as it helps the body to absorb iron from the diet.

Iron supplements should only be taken with a doctor’s approval, and only if prescribed.

WHO (2001). Iron Deficiency Anaemia: Assessment, Prevention and Control ? A guide for programme managers.

WHO (2006). Guidelines on food fortification with micronutrients. 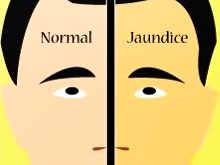 Diet For People With Jaundice