Do you know that pregnancy involves physiological changes in women’s body? The expectant mother will be experiencing major changes on both physically and emotionally, which includes overall well-being. In this context, Oral Health is no exception.

During pregnancy, there will be an elevation of estrogen and progesterone, hormones which can exaggerate the way in which gum tissues react to dental plaque. Plaque is a sticky colourless biofilm that constantly forms on the tooth surfaces. Plaque, if it is not removed, will cause gingivitis (inflammation in the early stage of gum disease). If left untreated, the disease may lead to a more serious form of gum disease, which is known as periodontitis.

Gingivitis is reversible, meaning that after treatment, the gum condition will be back to normal. Plaque contains abundant bacteria, which produce toxins and damage the tooth-supporting structures including  the gums. Classic signs of gingivitis include bleeding gum especially during tooth-brushing, bloody red and swollen gums. The conditions worsen if the expectant mothers already had  gum disease before they got pregnant. In other words, the disease  will be more serious  if left untreated.

Picture A shows an early stage of gingivitis, indicating swollen and red gum. After scaling and oral hygiene instruction given, gum is back to normal condition. (Picture B).

Untreated gingivitis might progress to more serious form of gum disease, periodontitis, which is a non-reversible disease, meaning that after the treatment has been done, the conditions will be never back to normal. This is because the supporting bone which holds the teeth has been lost. The signs and symptoms of periodontitis include gingival recession, longer-looking teeth, drifted teeth, oral malodor, hypersensitive teeth and wobbly  teeth.

Picture C shows an expectant mother in her second trimester, having gum recession and swollen gums. The fiery red gum is remarkable on her lower front teeth, signs of periodontitis.

Expectant mothers are also at risk for developing pregnancy epulis, (an easily bled, inflammatory, non-cancerous growth) which develop between the teeth or when swollen gums become inflamed. (Picture D). This growth is strongly believed to be associated to abundant plaque deposit  and can enlarge to more than 1 cm in diameter.

Research has shown that the expectant mother having periodontal disease may be at a higher risk to delivering pre-term (an infant born before the 37th week of pregnancy) and low birth weight infants. It is believed that bacterial infection from gums will enter the bloodstream and travel to the womb. Bacteria will trigger an effect and produce a chemical mediator, known as prostaglandin which, in turn could induce premature labor.

Risk of  Diabetes and Gum Disease

Pregnant women are also at risk of having “Gestational Diabetes”. Research has proven that Diabetes is a strong risk factor to the periodontal disease; as the disease worsens due to low and weak immune response in the body.

It is advisable that the expectant mother goes for a  dental check-up during their first trimester of the pregnancy. (One to three month duration of pregnancy). This is to ensure that their oral hygiene status is in a good condition and to prevent from any dental problems that may arise during their pregnancy.

There is strong collaboration between Primary Dental Care Unit and Ante-natal Clinic in Malaysia. This programme should be credited as all expectant mothers are compulsory to have a dental check up at least once at the Government Dental Clinics. However, this mission will not be successful if there is a lack of  co-operation and motivation from the expectant mothers. It is hoped that they will give full commitment to this programme as it is beneficial to them.

All pregnant women should be practising proper and efficient way of oral hygiene care/regime. When they come to the dental clinic, the doctor will give them a customized oral hygiene instruction, depending on their individual oral care/needs. It is recommended to brush the teeth effectively at least twice or three times daily, flossing their teeth daily and  practicing balanced diet.

Treatment like scaling (removal of tartar/calculus) and subgingival root debridement (removal of calculus below the gumline) can be performed during their second trimester (four to six month duration of pregnancy). However, if they are in third trimester (seven to nine month duration of pregnancy), only emergency treatment will then be provided depending on the oral condition and general health of the expectant mother.

X-ray taking in pregnant women should be avoided  as much as possible unless in emergency cases for further investigation.  For treatment of pregnancy epulis, this swelling is usually monitored and left alone; and the size will normally reduce on its own after the baby’s birth; however, if the swelling  interferes with eating or teeth brushing procedures, it can be removed  by doing simple surgical excision by the doctor.

Expectant mothers should never take  their oral health for granted. As was mentioned earlier, they should have a dental check-up periodically to prevent any problems arising throughout their pregnancy. Awareness and knowledge are prerequisite especially on the care or maintenance of good oral hygiene. Balance diet should be practiced. They should take nutrient supplements such as iron, vitamin C and vitamin B12 as recommended by their doctors/obstetricians.

Good Oral hygiene is an important key to Overall Well Being. 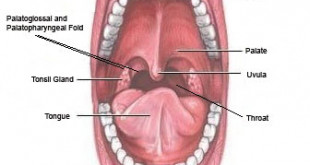 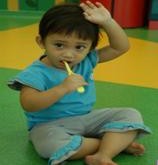