What is oral lichen planus?

Lichen planus is a chronic inflammatory condition of the skin but can also affect the mouth (oral lichen planus) and other mucous membranes. Oral lichen planus (OLP) may occur on its own or in combination with lichen planus of the skin or other mucous membranes. It affects around 1 to 2% of the population in Malaysia. OLP predominantly occurs in adults older than 40 years, although younger adults and children can be affected. There is also a relatively strong female predilection. Although patients with OLP can remain asymptomatic, some patients do develop oral discomfort or pain.

The pain is usually described as a burning or stinging type of pain especially when eating or drinking spicy or acidic foods. At times the pain can be so severe as to limit the patient’s intake of food. Patients also often experience discomfort when using regular toothpastes.

The precise cause/mechanism of OLP is not completely understood but it is believed to be an inflammatory autoimmune condition whereby the body’s immune system starts to react against the lining of the mouth. It is NOT an infection, so you cannot pass it on to other people. Likewise there is limited evidence that OLP is inherited. Lichen planus-like lesions may also be caused in some people by medications and occasionally dental fillings (amalgam) as well. In such cases where a specific causative agent is identified, it is termed as a lichenoid reaction or Oral Lichenoid Lesion (OLL). Medications that are commonly associated with OLL are:

How is it diagnosed?

In many cases the diagnosis will be made through a thorough clinical examination by an oral medicine specialist. OLP may appear as white or red patches, ulcers, or even painful, red gums. The following are some examples of the clinical appearance of OLP:

A complete medical and dental history will usually be obtained to rule out involvement of skin or other mucous membranes as well as possible causative agents (such as medication). However a biopsy is usually advisable and the sample taken is then studied under a microscope to obtain a definitive diagnosis.

How is it treated?

In most cases OLP cannot be completely cured, but may go away spontaneously (symptom-free).The majority of cases undergo periods of remission and exacerbation (waxes and wanes). OLP has been known to last for a relatively longer duration than lichen planus of the skin and may persist for many years. There are however treatments to reduce the severity of the symptoms.

You may be given one or more of the following medications to use:

Maintenance of optimum oral hygiene is important especially for OLP that involves the gums as poor oral hygiene can worsen the condition. So it is imperative that the teeth are kept as clean as possible by regular and effective tooth brushing. A change to gentler toothpaste as well as using a softer toothbrush is usually helpful in reducing symptoms as well..

In cases where OLL is caused by medication or materials in dental fillings, changing these may result in an improvement or resolution of the condition. However, these changes should NOT be done without prior consultation with a suitable specialist. It is not always possible to make the mouth completely symptom free and treatment may not be needed if your OLP is not affecting your quality of life.

What are the relevant complications or outcomes of OLP?

There is a theory of increased predisposition of OLP to malignant change when compared to normal oral mucosa. Although the frequency of malignant change in long-standing OLP is thought to be small (in the range of 0.5 – 5%), it is however still an important aspect of OLP. As such, it is important that all patients with OLP reduce the possible risk of oral cancer by reducing other potential risk factors for oral cancer such as tobacco use. It is also very important that you are reviewed by a dental specialist / dentist on a regular basis. 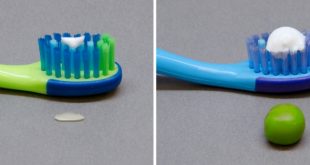 What To Look For In Children’s Toothpaste? 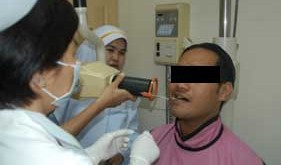