Teenagers refer to boys and girls in the age where their brain is still growing and maturing. They learn to express their emotions and develop new behavior in the process to find their own identity. They are more connected to their friends than family. Teenagers are also known to be impulsive and prone to risk taking activities. Generally this is normal as it allows them to venture new things and ideas. However without proper guidance and information they may end up with serious problems like drug abuse. With wrong group of friends or environment they might just start taking drugs because of peer pressure and to fit in. Opiod is an example of drug commonly abused.

Remmy was a 20 years old man when he came for treatment. This was his story about how he got involved with drugs. He started smoking cigarette at the age of 12 years. At the age of 16 he hanged around with his friends who had dropped out from school. He noticed they were smoking a special ‘cigarette’. His friend offered it to him saying that it was just ‘cigarette’ and harmless. He tried and felt good. He came again the next few days and was given the same ‘cigarette’ for free. After a while he felt unwell and badly wants to smoke the ‘cigarette’. Unfortunately now he has to pay for it and it really costs a lot for him. It wasn’t long before he realised that what was offered to him was not just ‘cigarette’ but an opiod drug called Heroin. He was by then already addicted to it. He came to seek treatment after several attempts of trying to kick the habit on his own but in vain.

Opiod is a group of drug that act on the opiod receptor in the body mainly in the nervous system( brain) and gastrointestinal tract. It is an old drug from poppy plant commonly prescribed by doctors to relieve pain. Activation of the opiod receptor has both wanted and unwanted effects. It is a depressant but it does not mean it causes depression. It slows down the body system.

What are the drugs in this group?

The drugs can be divided into natural, semi synthetic and synthetic opiod. Our body also produced opiod called endogenous opiod like endorphins, enkephalins and endomorphine. Below are some examples of the drugs.

How does it work and what are the effects?

These groups of drug work by stimulating the opiod receptors in the brain, spinal cord and gut. Effects of opiod can be divided into wanted and unwanted effects.

Wanted effects are to:

All opiods can be abused. Commonly abused opiod is heroin. Opiod based pain killers and cough mixtures containing codeine.

What does heroin looks like and how is it used?

What are the bad effects of heroin?

What is a withdrawal symptom?

When you are dependent on heroin and you have not used it for a period of time, you will feel painfully unwell. These symptoms are called withdrawal symptoms. The symptoms include:

Why do adolescents abuse opiod?

A person who is intoxicated with heroin will have the heroin ‘high’. This is described as

Is there treatment for opiod or heroin addiction?

Treatment is mainly to reduced harm caused by drug such as to reduce HIV, Hepatitis B and C infection and to reduce crime associated with the drug use. Treatment options are:

All these option must be accompanied with serial counseling and psychosocial rehabilitation which is an important element in life long recovery process.

Prevention is always better than cureand cure from opiod dependence is not easy. Had Remmy at the age of 16 be alert with his environments including the friends he chosed, he could have been a successful person at that age of 20. Instead he end up a heroin addict. Fortunately he seeked treatment rather early.You may overcome the physical dependence but without good psychosocial support, the psychological craving may keep you hooked to drug for the rest of your life. 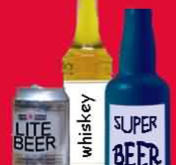