Cleft lip and cleft palate, previously known as hare-lip is a group of conditions that includes cleft lip, cleft palate, and both together. A cleft lip contains an opening in the upper lip that may extend into the nose. The opening may be on one side, both sides, or in the middle. A cleft palate is when the roof of the mouth contains an opening into the nose. It occurs in about 1 to 2 per 1000 births in the developed world and is due to failure of facial tissues to join together properly during development. The cause is unknown in most cases. Risk factors is associated with smoking during pregnancy, diabetes, an older aged mother, obesity, and certain medications such as some used to treat seizures. They can often be diagnosed during pregnancy with an ultrasound scan.

A cleft lip is usually surgically repaired when a child is 3 to 6 months old. Special procedures like lip adhesion or a molding plate device is used if the cleft lip is wide.  This repair usually leaves a small scar on the lip under the nose. Cleft palate is usually repaired at 9-12 months of age. The aim of surgery is to create a palate that works well for speech. More surgeries may be needed to help improve speech and provide stability for permanent teeth as the child grow older and undergo some facial changes. These surgeries are done when the child is between 6 and 10 years old. Missing permanent tooth in young cleft patients can be replaced either with a removable appliance or a dental implant.

The prosthetic management of patients with cleft lip and palate deformities has challenged clinicians for centuries.  The prosthesis constructed is meant to serve more than one purpose. The prosthetic devices must not only serve as a palatal obturator  to prevent food and liquid from leaking into the nasal cavity, but it must also help to improve speech intelligibility, and provide a functional and aesthetic replacement for missing teeth and supporting tissue.

Various prosthetic choices are available ranging from a conventional to the use of osseointegrated implant. The fabrication of the appliance is not only for a more convenient wearing, but also provides greater stability, retention, and chewing efficiency. The combination of bone grafting and implant-supported fixed or removable prostheses represents an invasive treatment approach; whereas, a conventional fixed or removable prosthesis represents a more conservative alternative for patients who refuse surgical intervention.

In an unrepaired bilateral cleft lip and palate where oronasal communication is relatively large, with the presence of hyperplastic soft tissue surrounding the hard palate defect and a severely resorbed alveolar ridge, there is a need for a combination of fixed implant-supported and removable prostheses in conjunction with an extracoronal resilient attachment for retention. A combination of metal-ceramic cement-retained fixed partial restorations and removable prosthesis will help to cover the oronasal communication in the hard palate for optimal outcome and fulfill patient’s functional and aesthetic need.

The prosthetic rehabilitation will provide the cleft lip and palate patients a more aesthetic appearance, allow patients to feel more normal, increases their self-esteem, and offers them greater opportunities for employment and fulfilling their social potential. 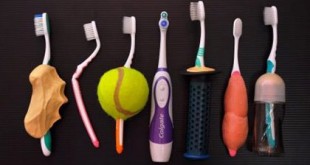 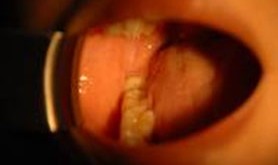