Methanol is a type of alcohol that is used as organic solvent . Methanol is also known by other names such as methyl alcohol , ” wood alcohol” or “spirit” . At room temperature , methanol is a liquid form of light, volatile, colorless, flammable and has a unique smell that is slightly sweet and light than ethanol (drinking alcohol). In addition to the organic solvent, in the industrial, methanol is also used for anti- freeze coolant, windscreen detergent, liquid carburetor, paint thinner, varnish, fuel and as a denaturant for ethanol industry. 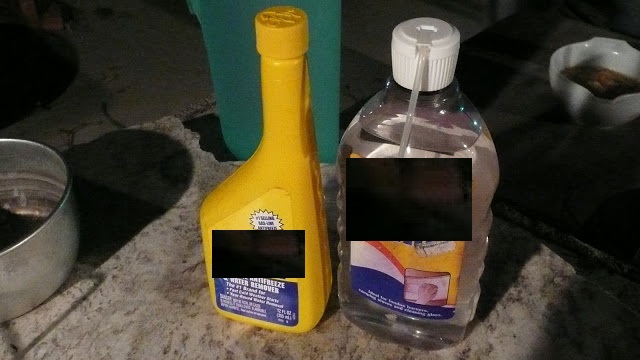 Picture : Examples of methanol used in the industry

Methanol is used as a substitute for ethanol because the price is relatively cheaper and also the consequences of not understanding the dangers that can be caused by both these materials, so that many of them think that the nature and function are the same methanol . This results in people who are already addicted to liquor and unable to legally purchase liquor tends to make or buy illegal liquor which is mixed with methanol.

In the body, methanol is easily absorbed into the body either through the skin, respiratory tract or oral. Methanol itself is not dangerous, but the harmful metabolites can lead to major problems such as accumulation of acid in the blood (metabolic acidosis), permanent blindness and death.

A person with methanol poisoning may not show any symptoms for a period of 1-72 hours. The symptoms will form more quickly if methanol is consumed in large quantities and is slower if it is taken in small quantities or it taken with ethanol . Complications such as blindness may exist even with only drinking 5-10ml of methanol and potentially fatal if taken in excess of 30ml and almost certainly fatal if taken in excess of 100ml.

In the case of methanol poisoning, likely to be difficult to get diagnosis through the history from the patients, but it may be suspected if the patient has symptoms such as loss of consciousness, vision problems or problems of accumulation of acid in the blood (metabolic acidosis) or when a patient with high-risk occupations are exposed to methanol.

Early symptoms of patients have problems of coordination and balance, a low level of awareness and confusion. In addition, patients may have symptoms that are not specific as body weakness, dizziness, headache, nausea, vomiting and abdominal pain. In serious cases, patients can come with seizures and coma.

Approximately 50 % of patients will have vision problems as well as with the symptoms above. With regard to the problem of vision, patients will have blurred vision or saw yellow spots in vision or eye pain when they have seen the light. Patients may also come with blindness.

In addition to the above symptoms, patients with methanol poisoning can have complications such as respiratory failure, heart failure and kidney failure.

Prognosis for methanol poisoning is closely related to the severity of the problem of the accumulation of acid in the blood (metabolic acidosis), the time to come to the hospital for treatment and the length of time for the treatment to start, which is within 8 hours of methanol ingestion.

The prognosis is worse if the patient comes in a coma state or convulsions.

In any case of poisoning, the most important thing is to ensure the respiratory and cardiovascular function are intact and perfect.

If the patient is exposed to methanol, either through eye, skin or oral, make sure the patient was transferred to a safe place and away from the source of the poisoning.

If contact to the eyes, the eyes should be washed continuously with tap water for at least 15 minutes and get immediate medical attention.

If the patient has difficulty in breathing, give oxygen supplement and to give ventilatory support if the situation warrants and immediately seek medical attention .

If the patient accidentally ingested it, do not force the patient to vomit and seek medical attention immediately.

Hemodialysis treatment used to speed up the removal of the harmful substances from the body.

Using full personal protective equipment when working in an environment that contains methanol.

Eliminate production , smuggling and sale of illegal and contaminated liquor through law enforcement.

Continuous and effective education to consumers regarding the dangers of illegal and contaminated. 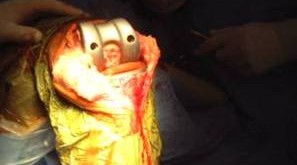