All foreign workers in Malaysia are required to have an insurance policy Hospitalization & Surgical Insurance Scheme Foreign Workers (SKHPPA) admission for treatment and surgery in hospitals Ministry of Health through the Health Insurance Scheme Foreign Workers (SPIKPA). Implementation SPIKPA is for cashless, where each foreign worker who admitted to MOH hospitals not pay any deposit or submit a letter of guarantee from the insurance company. Foreign workers only need to present a valid passport for the confirmation process in the hospital register counter.

Medical fees and Medical Report will be paid by the insurance company to the Revenue Unit, Hospital and subsequently manage the repayment provision of medical report to the Medical Officer concerned. Flow Chart Preparation of Reports Medical Officer.

Medical and Procedure repayment Report as Appendix 1 and Appendix 2 Medical Report preparation procedures and repayment for medical officers is only applicable to patients of foreign workers covered under SPIKPA.

2.1. Documents Required To Make A Claim:

* Depending on the complexity of providing medical reports.

Charges for Foreigners are double the national charge in accordance with Article 3.4. Multiple Charges (Schedule H Part 2, 3 and 4) under the Fee Order (Medical) Amendment 2003 New Charge for Foreign Patients. 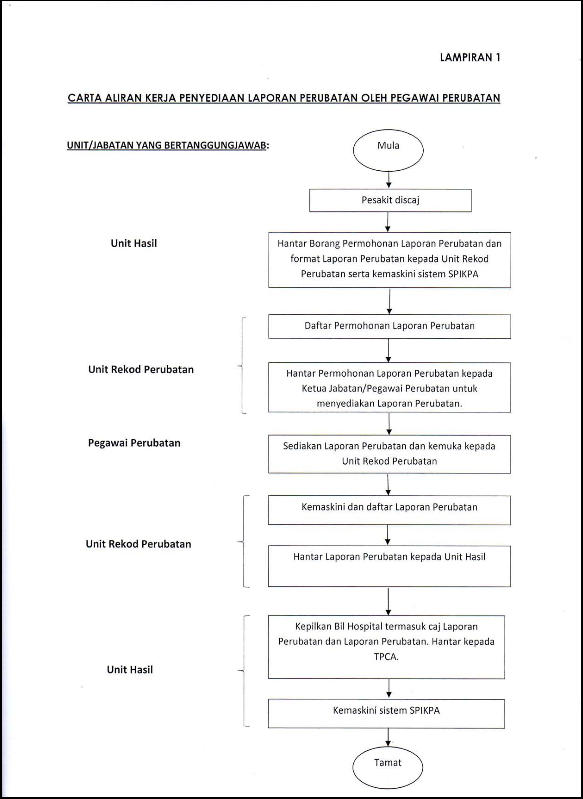 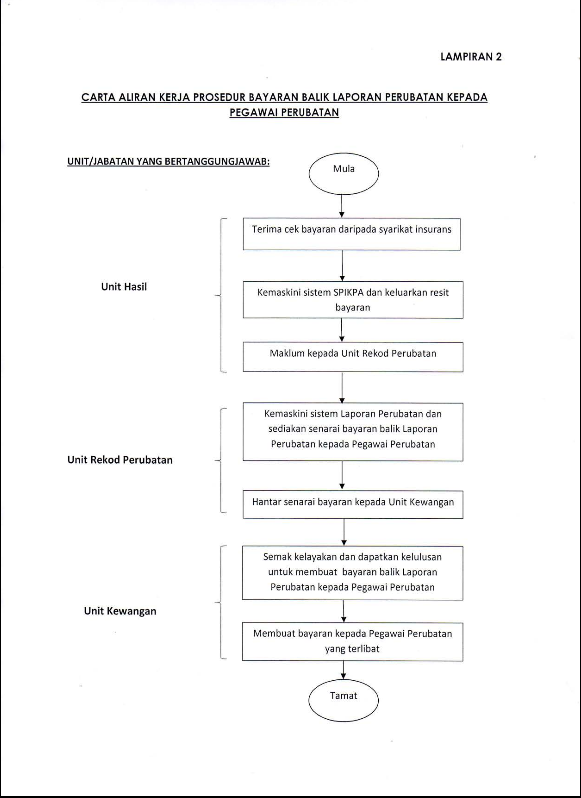 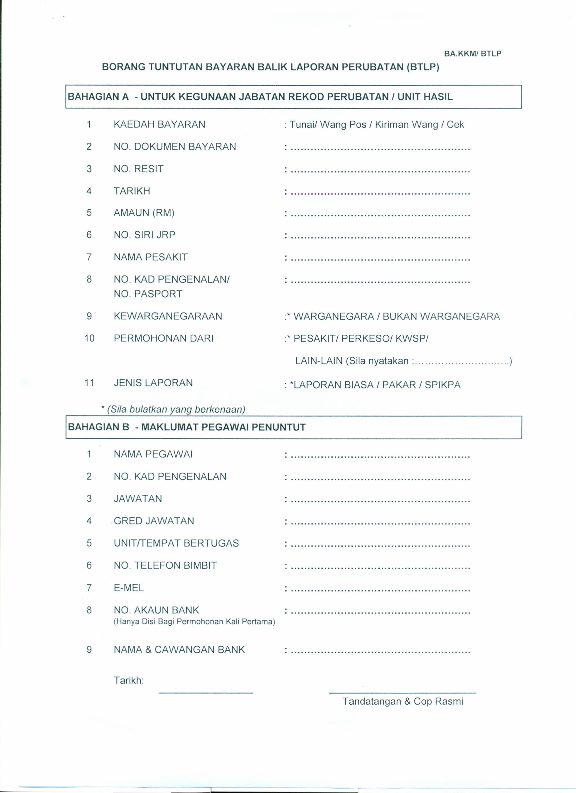 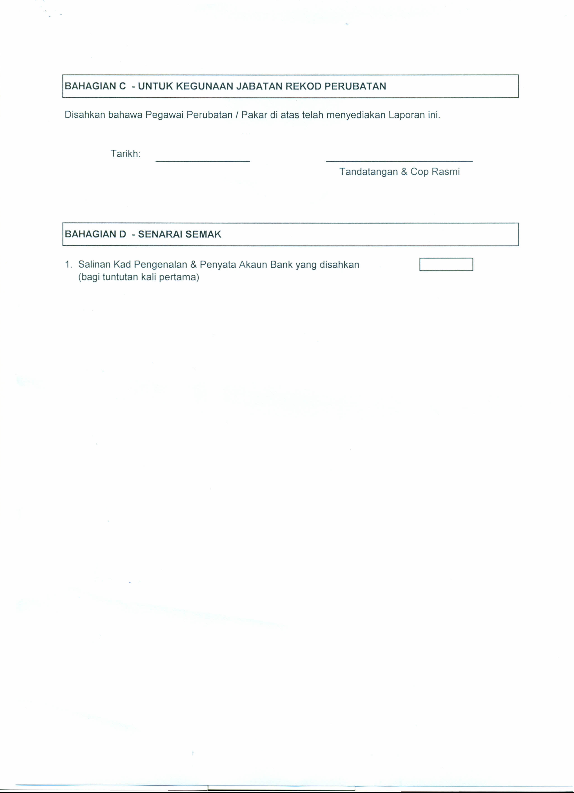