Campaign about organ donor always   being aired in our country. Organs such as corneas, kidneys, hearts, liver and more are the main organs needed by people to live including tissues. This current situation is a serious concern in which the numbers of patients who need these organs are increasing while the number of donors who come forward to donate is significantly lower, and thus unable to fulfil the patients need. Questions may come to mind about our community awareness of the needs, whereas at the moment we keep on thinking about the answer to these questions, thousands of lives in need of organs is at stake as these patients condition become worse day by day. It is heart-wrenching to think that some of them are counting to the end of their days as the expected donor does not appear as expected (Nazni Noordin et al, 2012).

As for statistics by National Transplant Resource Centre (NTRC) of Hospital Kuala Lumpur, up to April 2016, 20 795 are in waiting list with 20 777 are for kidney only. It’s huge number. The patients consisted of various categories of race, age, and gender, who suffer while waiting for generous donors to come forward to donate organ suitable for them. However, to obtain a suitable donor is not an easy thing for many of society finds it difficult to register as organ donors, especially among the Malays donates the least than the Chinese and Indians. Statistics obtained from the National Transplant Resource Centre, Kuala Lumpur (2015), found that the Malays registered the least as organ donors compared to other major communities of in Malaysia China and India. According to the statistics, organ donation among the Malay community contributed only 11 of the total 71 organ donation in 2015 as compared to the Chinese and Indians in which theirs was 38 and 19 donors, and 2 others.

There is a research been done by researchers from Universiti Teknologi Mara, Merbok Kedah to identify the relationship between religion, awareness, perception, or insight which leads to a shortage of donors in the Malay community and also to determine which is the major factor among the three factors that contributed to the shortage of organ donors in the Malay community. The outcomes is vital to provide a useful input to all Malaysians, especially the Malay community’s understanding on the main factor that leads to a lack of organ donors among them. And most importantly, it is hoped that to some extent, the perception of the Malays on organ donation can be changed as organ donation itself is a noble act. The act itself is regarded as a social responsibility that reflects their belief by helping other, altruistic.

According to Nazni Noordin et al (2012), the main deterrent of organ donation is religious factors that limit their action to be directly involved in organ donation activities. The majority of them believe that Islam does not allow them to do so. This happened because of the lack of transparent disclosure or discussion on this issue whereas Islam itself calls for us to do all we can in order to benefit other people, let alone to save the life of a person. This is a direct result of the lack of exposure or their knowledge on this issue. Thus, it is recommended that a comprehensive discussion should be undertaken to change the perception of the Malay community on the issue of organ donation.

The role of various parties including officials and religious, Malay leaders should be exercised by mobilizing a variety of science programs such as forums, seminars, campaigns and so on, in all walks of life including schools, tertiary institutions, organizations, villages, mosques and more, in order to change public perception of organ donation from an Islamic perspective. In overall, it can be concluded that the primary factor of the Malay communities’ lack of organ donation is concerned with matters of religion, followed by their own perception or view if the activity. It is hoped with the findings if this study and follow up of the parties concerned, the number of organ donors among Malays in particular, as well as Malaysians in general, can be further increased in response to the slogan of  “1Malaysia” in which everyone act as one; as Malaysian citizens who go through the thick and thin together. 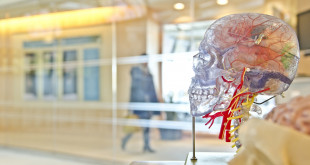