The term lymphoma refers to cancers that originate in the body’s lymphatic system. The lymphatic system includes the lymph nodes (also called lymph glands), thymus, spleen, tonsils, adenoids, and bone marrow, as well as the channels (called lymphatics or lymph vessels) that connect them. Although many types of cancer eventually spread to parts of the lymphatic system, lymphomas are distinct because they actually originate there.

In lymphoma, some of the cells in the lymphatic system called lymphocyte, multiply uncontrollably. Different lymphomas are broken down by the type of cell that multiply and by how the disease present itself.

Lymphomas account for approximately 15% of childhood cancers. They are rare in children under the age of 3 years. Boys are slightly more affected than girls.

What are the types of Lymphoma?

Lymphomas are divided into two broad categories, depending on the appearance of their cancerous (malignant) cells. These are known as Hodgkin’s Lymphoma (HL) or Hodgkin’s disease and Non-Hodgkin’s Lymphoma (NHL). Together, they are the third most common type of cancer in children.

Hodgkin’s and non-Hodgkin’s lymphoma are further divided into subtypes based on the specific type of cell affected, the level of maturity reached by the cells, their appearance under a microscope or the way they grow. The subtype sometimes helps doctors decide which treatment is most likely to be effective.

What are the risk factors for childhood Lymphoma?

The exact cause of lymphoma in children is unknown. However there are some factors which can predispose a person to develop lymphoma. But most children who develop this malignancy have no known risk factor.

Children are at a higher risk for non-Hodgkin’s lymphoma if they have any of the following:

In most cases, neither parents nor children have control over the factors that cause lymphomas to arise.

Most lymphomas come from non inherited mutations (errors) in the genes of growing blood cells. Regular pediatric checkups can sometimes spot early symptoms of lymphoma in the relatively rare cases where this cancer is linked to an inherited immune problem, HIV infection, prior cancer treatment, or to treatment with immunosuppressive drugs for organ transplants.

What are the symptoms of Lymphoma?

For Hodgkin’s lymphoma, there is usually a longer, slower onset of symptoms. Swelling and symptoms can be present for as long as a year before diagnosis and the child may appear relatively well. However, B symptoms generally come on more rapidly and are present for less than a few months before the disease is diagnosed.

How to diagnose Lymphoma?

Your doctor will ask you about any concerns and symptoms that your child has, your child’s past health history, your other family members’ health, any medications your child is taking, any allergies your child may have, and other issues. This is called the medical history. Your doctor will then conduct a physical examination to look for signs of lymphoma.

Sometimes, when a child is found to have an enlarged lymph node for no apparent reason, the doctor will watch the node closely to see if it continues to grow. The doctor may prescribe antibiotics because this enlargement can be due to an infection by bacteria. If the lymph node remains enlarged or if the doctor suspects a lymphoma, the next step is a biopsy. This involves removal of a small piece of tissue or sometimes a whole lymph node.

Depending on the location of the tissue to be sampled, the biopsy may be done using a thin hollow needle (known as needle aspiration) or a small surgical incision made under local anesthesia (the skin around the biopsy site will be numbed with medication). Sometimes, a biopsy may require a larger surgical incision under general anesthesia. This is the case in an excisional biopsy, where the entire enlarged lymph node or a chain of lymph nodes is removed.

This tissue will then be examined by a pathologist to determine the specific type of lymphoma. In addition to these basic lab tests, more sophisticated tests are also generally done, including genetic studies, to distinguish between specific types of lymphoma.

Your child will have to undergo some imaging studies such as chest X-ray, computed tomography (CT) scan, magnetic resonance imaging (MRI), gallium scan to see pictures of the inside of the body. Once the diagnosis has been confirmed. doctors may do other tests to detect whether the lymphoma has spread to other areas. This will help to determine the stage of the cancer, which is very important for the planning of treatment. The additional tests may include these:-

How to treat Lymphoma?

Treatment of childhood lymphoma is largely determined by staging. Staging is a way to categorize or classify patients according to how extensive the disease is at the time of diagnosis.

There are four stages of lymphoma, ranging from Stage I (cancer involving only one area of lymph nodes or only one organ outside the lymph nodes) to Stage IV (cancer has spread, or metastasized, to one or more tissues or organs outside the lymphatic system). The stage at diagnosis can guide medical professionals in the decision about therapy and helps doctors predict how someone with lymphoma will do in the long term.

Chemotherapy (the use of highly potent medical drugs to kill cancer cells) is the main treatment employed. It is the most important form of treatment in non-Hodgkin’s lymphoma. It usually involves the use of a combination of several drugs and the duration may take several months. Hodgkin’s lymphoma in children is usually treated with chemotherapy. Occasionally radiotherapy (the use of high-energy rays to shrink tumors and keep cancer cells from growing) is sometimes used in special situations.

What are the chances for a cure?

The majority of children with either Hodgkin’s disease or NHL can be cured, which means that they will have a cancer-free survival of more than 5 years.

About 90% of children with Hodgkin’s disease go into remission (where there is no longer evidence of cancer cells in the body) following initial chemotherapy. A long-term cure (5 years disease-free or longer) is achieved in almost all Stage I or Stage II patients, in up to 90% of Stage III patients, and more than 60% of those with Stage IV.

In children with NHL, 5-year survival is about 90% for those with Stage I or Stage II at the time of diagnosis, and close to 70% for those with more advanced Stage III or IV disease. Although most children respond well to treatment, some children with severe disease will have a relapse (recurrence of the cancer) that is resistant to conventional chemotherapy. For these children, very high dose chemotherapy followed by a bone marrow transplant or stem cell transplant will be the next treatment option. 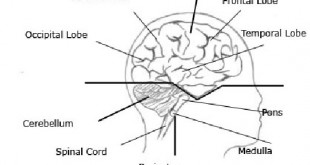