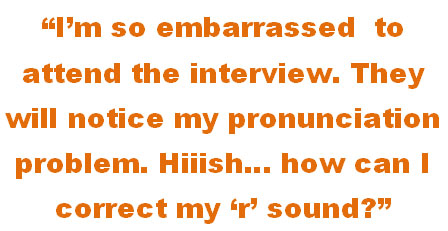 Do you have the same problem? Or do you have a child who has difficulty to pronounce the /r/? A man came to see me a few years ago to express his embarrassment due to his difficulty to recite the Al-Quran perfectly although he is becoming a father. He tried so many things but nothing work so far. Based on his parent’s myth, they suggested him to try to kikis lidah or scrapping the surface of the tongue with coconut leaves assuming that the tongue was so thick and short.

Many researchers and speech language therapist agreed that /r/ was among the hardest sound to improve compared to the other sounds. On the another note, a head researcher and scientific advisor of Speech Buddies, Dennis Ruscello, from the University of West Virginia has identified that 91% speech language therapist are lacking of experience and have encountered at least one failure case to recover case after speech therapy.

I will be sharing a few tips to help you or anyone with difficulty to pronounce the /r/ sound.

Basically, the /r/ sound is classified as a thrill sound. The reason is, the vibration of the tongue in the mouth had created the /r/ sound. The exact /r/ sound is based on placement of the tongue and the vibration of air within the oral cavity. If any of the conditions had changed, the speaker will substitute to another sound such as /l/, /y/, /w/ or /gh/. For instance, the word “read” will be pronounce as [lead] and word “rest” pronounce as [yes].

The attached video will show you how to produce the /r/ sound correctly.
? /r/ sound video

A few activities that may help to produce /r/ sound:

Finally, continue to practice your /r/ sound at word level at three different placements within a word: