Reproductive health means a healthy state of physical, mental, and social being and not solely free from diseases related to the reproductive system. It also includes the ability to establish sexual relationship that is satisfactory and safe and free to make responsible choices.

Sexual health is an important component of reproductive health. It is the ability of men and women to perform sexual activities responsibly and safely.

Teen as interpreted by the World Health Organization (WHO) is someone who is between the age of 10 and 19. It is a time of transition from childhood to adulthood which is filled with physical, mental and social challenges.

“Protecting and promoting the rights of adolescents to receive reproductive health education, information and treatment aimed at reducing the rate of teenage pregnancies”.

Malaysia has adopted the ‘United Nation’s International Conference on Population and Development (ICPD) Plan Of Action’ held inCairo in 1994, which emphasized the need for:

Malaysia has also adopted the ‘UN Convention on Rights of the Child 1989’ that is based on four basic principles, namely: 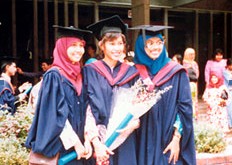