Management of dead body is an obligation from those who live on the dead. In Islam, it is known as Fardhu Kifayah which mean it must be completed before the dead is buried. Even in other religion followers, it is a final tribute done by the alive person on the dead. One of the customary procedure performed during management of death is last rites.

Last rites varies according to the religion, cultures and customs practice by the deceased. In Malaysia, Islam, and other religions such as Christianity, Buddhism, Hinduism also have their distinctive way on performing the last rite.

As a final tribute to the dead, for the Muslims, it is the duty of the living to do four things which is obligatory. These include bathing, enshrouding, prayers, and burial and done accordingly.

For non-Muslim, last rites is conducted according to their own customary belief which is generally to pay last respect to the deceased.

At the Hospital Ward

Last rites performed at the bedside of the patient prior to death should be done with minimal direct contact. For example, for the Christian, a soft wafer or bread dipped in holy water or wine will be placed in patientâ€™s mouth direct or indirectly using tubing. While for the Hindus, milk would be given to the patient in a spoon. And for the Buddhist, chanting religious verses will be performed. For Muslims, it is sunnah for the person to be laid on the right side and guided to converse syahaadat and others recites Surah Yassin as well before the last breath of the person concerned.

At The Mortuary / Funeral Parlor

After death, the following procedures are carried out, which is include bathing the body which is done in most religion and conducted by well-trained person respectively. During the last rites, few member of family or relatives or representative of religious body (where there is no next of kin) is allowed to observe the rites.  Usually no more bathing of the body is needed thereafter.

For Muslims, it is sunnah to close the eyes and jaw, soften the joints, placing object which is moderately heavy on the stomach, clothing is removed and covered using a thin cloth and placed in a higher place facing towards Kiblat. Before the body is bathed, the chin is tied and knotted over his head to ensure the mouth is closed. Among other things need to be done before the bathing are ensuring the mouth remain closed, hands is positioned as in prayer performing, the legs are straighten, both eyes closed and both the toe is tied together to ensure both legs aligned. Thereafter the body will be bathed and cleaned according to Islamic teaching.

For the Christians and Buddhists, as part of handling the dead body, the deceased are dressed according to preference of the family or customs. The body is then placed in a body bag and zipped up to upper chest region and folded to expose the head region or placed in coffin.

For the Hindus, the toes are to be tied together and the hands are positioned according to customary requirement. The body is then wrapped with the cloth. The body is then placed in a body bag and zipped up to upper chest and edges of the bag properly folded around the head or placed in coffin.

For Muslim, after bathing, the body will be shrouded in white cloth which can close the body form the head to the toe. After they are ready to be prayed, neck and head will be tied and sprinkled with rose water.

Holding of the Dead Body

The body is then transferred into a coffin. Where coffin is not available, the body will be placed in a fully sealed body bag. The body may then be taken to a place of worship prior to burial/cremation or to be transported directly to the burial/cremation ground with wooden disposal stretcher to be cremated with the body. The body bag should not be removed at any point during transportation or holding and be buried/cremated with the body. Burial or cremation should be done within 24 hours. If there is a need for longer holding time, permission should be sought from the health department concerned. If last rites need to be carried out at the burial or cremation ground, direct contact with the body should be minimized. And the body should be buried / cremated with minimum delay.

Body of individual with infectious disease including HIV/AIDS should be handled according to standard precautions. All deaths due to infectious diseases need to be notified to the nearest health office as required by the Prevention and Control of Infectious Diseases Act 1988 (Act 342, Section 10(1)).

Transportation of Body Locally/ Other State/ Other Country

If the last rites have not been performed, the body should be kept in a body bag. However, if last rites have been performed and the body wrapped in plastic sheet, then the body bag is not necessary. The body should be transported in a coffin. Where a coffin is not available, the body will be transported in a fully sealed body bag. The body may then be taken to a place or worship prior to burial/cremation or to be transported directly to the burial/cremation ground with wooden disposal stretcher to be cremated with the body. Burial or cremation should be done as soon as possible upon arrival within 24 hours.

Regarding the transporting to abroad, embassy shall be notified to verified citizenship status before the bodies were handed over to the claimant. The claimant will be dealing with parties that have been authorized following the Garis Panduan Pengimportan dan Pengeksportan Mayat atau Mana-mana Bahagiannya (Edisi Pertama)2006.

Generally, it is not the policy of Ministry of Health to provide hearse as one of the services which available in all hospitals. Instead, hospital facilitate the next of kin in rendering assistance to companies of coffin/hearse, or Islamic religious departments, mosques, and non-governmental organizations (NGOs) according to the facilities available at a locality.

Repatriation policy of the body by the hospital is specified in para 8.4 Pekeliling Ketua Pengarah Kesihatan Bil. 8/94 bertarikh 25 Oktober 1994 serta Pindaan (Lampiran 1). Referring to the policy, there are four types of situation, Government Reference Case, Non Govenrment Reference Case, Government Employees Died in The Hospital, and Death Not in Hospital. 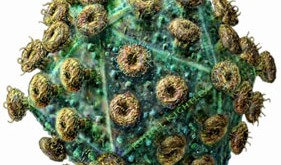 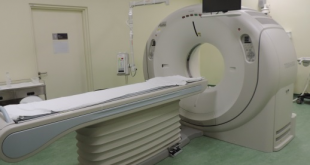 Release Of Dead Body – Do You Know?