The human body contains countless numbers of different proteins. Literally speaking, the body’s framework and substance is proteins. The number of distinct proteins within one cell is estimated at 3,000-5,000. Not only is the variety of proteins seemingly infinite, but so are their distribution within the body, their functions, their compositions, and their structure.

Generally, most serum proteins are synthesized (made) in the liver, with the exception of immunoglobulins, which are produced in the lymphatic tissues, primarily in the lymph nodes. Most protein are removed from circulation and catabolized (broken down) by the liver. Up to 15 – 20% proteins are lost in urine, feces and other fluids. Albumin is removed by all cells in the body, which use the amino acids from the catabolism of albumin for the production of other proteins.

The following eight general clinical conditions, among others, either caused by physiological changes or induced by certain drugs, will affect serum protein levels:

Liver disease can be categorized into hepatocellular disease (often associated with hepatitis or cirrhosis) or biliary obstruction (which often occurs in combination with hepatocellular disease). When liver disease is suspected, the physician may order a liver panel. A suggested liver panel includes the following serum proteins: IgA, IgG, IgM, C3, ?1-antitrypsin, haptoglobin, and albumin.

Polyclonal increases in immunoglobulins (multiple types) are common in most immune responses to infections and in autoimmune disease. Typically all three major immunoglobulin classes are elevated with one or two types predominant in specific diseases:

Diseases of the Immune System

Autoimmune disease and immunodeficiency represent the most significant categories of immune-related disorders that affect serum protein concentrations. Autoimmune diseases display varying combinations of acute and chronic inflammation responses although most of these disorders are associated with elevated levels of immonoglobulins, esp. IgG. Diagnosis is ultimately based on the clinical profile of the patient, but specific autoantibody studies such as Rheumatoid Factor (RF) in rheumatoid arthritis can be very helpful in differential diagnosis. Typically, C3 and C4 levels are decreases in autoimmune disease. A suggested autoimmune profile includes the following serum proteins: C3, C4, IgA, IgG, IgM, CRP, and haptoglobin.

Immunodeficiency may be genetic or acquired as the result of disease or therapy (such as immunosuppressive drug following organ transplant). Immunodeficiency seriously compromises the body’s ability to fight against infections agents such as viruses, bacteria, or fungi. As would expect, some or all immunoglobulin levels are severely decreased with most immune deficiency disorder.

Apo A1, in contrast, is associated with HDL and is involved with the removal of cholesterol from cells in the body. Decreased levels of Apo A1 are predictive of ASCVD and subsequent myocardial infarction, similar to low levels of HDL cholesterol. Thus, Apo B and Apo A1 assays can be used in addition to or instead of the more traditional LDL and HDL cholesterol assays to assess risk of developing cardiovascular disease. Concentrations of the apolipoproteins are affected by several other factors, including exercise, inflammation and hormones or drugs.

Protein Energy Malnutrition is associated with inadequate protein intake. Although synthesis of all proteins may be decreased, prealbumin is the protein most commonly used to evaluate protein energy malnutrition because its half-life is relatively short. It must be remembered, however, that low levels are seen with a multitude of other disorders including acute phase responses, which are more common than protein energy malnutrition in developed countries.

Many patients who are being evaluated for possible protein energy malnutrition are on anti inflammatory therapy which significantly increases prealbumin and haptoglobin concentrations. Therefore, caution must be used in interpreting prealbumin concentration, whether low, normal, or elevated. Clinical evaluation should be given as least as much priority as protein assays in determining protein malnutrition status.

Implication of Changes in Some Clinically Important Proteins 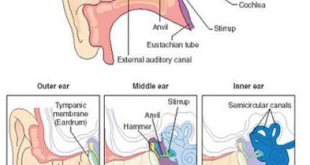 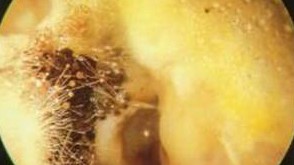