Hearing is one way of learning at an early age (Zigmond & Cicci, 1968). Children who are normal children or children with hearing impairment will go through the same mastering skill in hearing hierarchy.

However children who are hearing impaired need to be fitted with hearing aids optimally and consistently before they begin to learn the skills to hear. Auditory input and good listening skills are very important for these children in order to acquire language.

Understanding developmental skills for hearing allows parents and teachers to identify the current achievement of their child. Its eventually will help further plans in a way to assist the development of listening skills.

The first level is the skill for sound detection. It is a skill where children are able to determine the presence or absence of noise in their environment. Here, the child learns to pay attention and respond to the sound that is heard and did not respond when there is no sound.

Sound detection skills occur when a spontaneous sound presentation elicit a child reaction such as startled or surprised, an eye blinking, stopping in current activity, a sudden silence, or  begin to produce sounds (vocalizing).

The second level is the skill to differentiate sound or “discrimination”. A differential skill is the ability of a child to detect differences between two or more sounds. Children learn to evaluate the difference between sounds and will respond differently.

Initially, the child will demonstrate the ability to distinguish suprasegmental sounds,  which includes distinguish loudness, duration, pitch and length of speech sounds that are heard (Hull, 2001). For example, children will show a different reaction to his mother’s voice over other voices. These skills are shown differently towards different tones that are heard such as happy or angry. Children at the stage of differentiation also began to learn that the objects, individuals, and different situations have different sounds that are attributed to them.

The third level is the sounds recognition skill or “identification”. This skill requires a child to repeat, pointing, retrieving, write or drawing the object that is heard. It requires a memory skill but does not require the child to understand the sound that is heard. For example, a child can distinguish between sound of cows “moo – oo” and the sound of the cat “meow ” simply because one of the sound is longer compared to the other. They are also able to show a good identification skills corresponding to the sound that is heard with the right animal picture.

The fourth and final level is understands sound or “comprehension”. This is the most complex skills in auditory development due to the ability to understand either linguistic or non-linguistic acoustic signal. It is the ability to understand the meaning of speech that is heard by answering questions, follow instructions or participate in conversation. The ability of children to express their understanding usually depends on their knowledge of the current language (Erber, 1982).

At this stage, children begins to understand speech in daily routines such as “now”, “Bye-bye”, “Peace” and also able to understand simple commands such as “Give to mama”, “Please close the door” and “Pick the shoes”. As for elder children, they are able to follow two steps command such as “Take off shoes and close the door.”

Younger children initially showed nonverbal behavior to demonstrate their understanding of speech sound stimuli that is heard. For example, when the mother said, “Let’s go” on a loud voice, the child will stop doing the activity, turned to the mother and start to approach their mothers. The children showed their detection skills when they stop doing activity and detect presence of sounds.

At the stage of differentiation, these children can distinguish the different tones of a previous conversation of a mother and it happen that a child turn or look to the mother’s voice. Finally the child demonstrates comprehension skills when he able to return to her mother as a results of understanding the command.

Hierarchy of listening begins with the skills to detect the presence of sounds and ended with the skills to understand speech. For children who are hearing impaired, the best hearing aid selection is not able to guarantee good language acquisition skills. It can help a child’s ability to hear but listening is a skill that must be learned (Hull, 2001) . 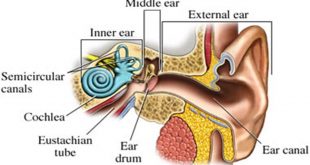 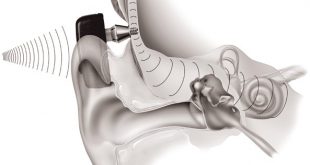