Islam prioritizes the well being and health of its people. Therefore in the aspect of health, Muslims are required to take care of their body entrusted by Allah s.w.t. to always be in good health. Muslims are obliged to find medicine when they are infected with a disease.

A healthy body will create a smart and intelligent mind, and also with a healthy body we will be at ease to worship and do our daily task. In fact, Muslims are required to have a strong and healthy body to fulfill our responsibility as Allah’s caliph on earth.

However, in our enthusiasm of taking care of our health and finding medicine to cure a disease, the question of halal and haram still need to be taken care of. Searching and opting for halal medicine is a must to all Muslims. Keeping away from haram is also our responsibility. This coincided with the words of the Prophet “Searching for halal is obligatory to every Muslim” hadith narrated by al-Baihaqi.

Some of the halal and haram issues in medicine which has become a topic of interest until today. This is especially on issues where medicines containing najis or haram products like alcohol, drugs, products from pigs, cows and likewise are of concern. Malaysia users especially Muslims are concerned on these issues as it involves on the question of halal and haram which is fundamental in Islam.

The word Halal derived from Arabic which simply means allowable or not prohibited to be used in Islam. According to Al-Quran, all foods which are good and clean are halal. Therefore, almost all food sources from plants and animals are halal except animals which are haram to be consumed.

Haram means not permitted or prohibited to be used in Islam. Some of the foods that are prohibited in Islam include cadavers, blood, pigs, things that are intoxicating and others. Apart from that, products that have been contaminated with haram sources are also prohibited.

Medicines are used to ease, treat, cure or prevent illness and also to improve health. Medicines can be found in many forms and consumed in various ways. If medicines are taken as intended, by the will of Allah it can cure or control the illness.

Medicines which are halal must fulfill the requirements as below :

Islam is a complete and perfect religion. Allah has set up basic rules in problems faced by humans related to faith, worship, life system, law, health and others.

As a religion which is complete and perfect, Islam maintains and resolves problem of human needs. This is divided into 5 main principles which are Religion, Life, Intellect, Lineage and Property.

Muslims are required to maintain the five main principles of Islamic law using two methods, firstly by implementing or upholding it and secondly by ensuring it remains unchanged. Muslims uphold the faith by implementing the five pillars of Islam.

Life including the body’s health is Allah’s right which needed to be taken care of and protected from any threat of disease, unlawful killing and others. If we’re face with illness, Allah has ordered that we seek for treatment and plead for healing from Him.

We’re required to use our intellect to find knowledge and also avoid matters which can mislead and destroy our mind. In the aspect of lineage, Islam protects it by permitting marriage. Our offspring are protected by forbidding adultery and promiscuity which can damage the human lineage.

Islam protects the fifth principle which is Property by ordering humans to strive in searching for wealth through halal means and keeps the society from oppression and brutality by forbidding fraud, exploitation , robbery and others.

Requirement to Treat Disease According to Islamic Law

Islam is very concerned on the aspect of health care and treatment of diseases. Muslims are told to take care of their bodies so that it stays healthy. Every effort should be made to find treatment when faced with illnesses. This coincides with the Prophet’s saying ::

“Allah has sent down both the disease and the cure, and He has appointed a cure for every disease, so treat yourselves medically, but use nothing unlawful” narrated by Abi Darda r.a.

The need in seeking treatment turns to mandatory when Muslims are not able to bear the pain or the disease is life threatening.

Therefore Muslims gets to choose between finding treatment for a disease or be patient in tolerating pain, which may be a test from Allah.

Use of Medicine during Emergency

Islamic law has its regularity (azimah) and leniency (rukhsakh). Azimah is the original law that has been determined by Allah. Some of the examples are the ban of liquor and pork and also the obligation on fasting during Ramadan. Rukhsakh is the leniency that can be applied on certain situations.

For example, during emergency or crisis, Muslims must break their fast if they are sick or they can consume pork during famine . It is mandatory for Muslims to hold onto azimah except when there is an emergency that will allow leniency.

Emergency simply means a condition in which the person faces a situation involving the safety of their life or property.

Wahbah al-Zuhaili, a professor of Islamic law at Damascus University has given an expansive and clear definition of emergency which is

“Emergency is an occurrence to a person, a dangerous situation or severe distress, which may lead to injury or illness to life, body, dignity, sense or property and everything connected to it. At the time, it is a must to conduct haram or abandon the mandatory or delay the time, in order to prevent harm from occurring by consideration within the scope of Islamic law”.

Dr Yusuf al-Qardawi in his book of “Halal and Haram in Islam” emphasizes and reminds Muslims not to simplify the leniency given by Islamic law using emergency as an excuse.

In deciding the necessity of using medicine containing haram materials, the requirements to ensure that those conditions are really an emergency needs to be met. Some examples of requirements that have been set by ulama’ and used by National Fatwa Council Malaysia are:

What the User Should Know About Halal Pharmaceuticals

Allah commands us to consume foods which are not just halal, but also good or termed Halalan Thoyyiban so that it would not jeopardize our body. Ministry of Health Malaysia (MOH) through Pharmaceutical Services Division plays a role in ensuring medicines in Malaysia is registered with MOH. Registered pharmaceutical products have been evaluated in terms of safety and quality. This coincides with Thoyyiban concept.

Apart from that, Drug Control Authority (DCA) requires pharmaceutical companies to declare if their products contain materials of animal origin. This is through displaying it on the label stating the product has animal source like cows (bovine), pigs (porcine) and others. There are raw materials like magnesium stearate, glycerin or gelatin that may originate from animal source.

The labelling can help users especially Muslims, Hindus, vegetarians and users with certain allergies to avoid from using these products. Apart from that, if there is no other choices of medicines containing animal source need to be used to treat patients, the hospital will seek consent from patients first before administering the medicine.

In halal pharmaceuticals, Department of Islamic Development Malaysia (JAKIM) and State Islamic Department (JAIN) are the authority bodies of Malaysia. JAKIM plays an important role in introducing halal certification for pharmaceutical products based on the first Halal Pharmaceuticals Standard in the world which is the MS2424:2012.

In accordance with that, starting from 2013, DCA allows the use of halal logo for registered pharmaceutical products of non poison category (Over-The-Counter, OTC) such as health supplements. However,only JAKIM certified halal logo can be used. The use of halal logo for pharmaceutical products is voluntary and if there are products without halal logo, it is unearthly to consider it haram to be used. Users have the right to get information and ask questions to pharmacists and doctors when in doubt.

As a Muslim we have to understand that recovery from a disease is within Allah’s power. We need to strive in finding cure that is not against the Islamic principles such as the use of black magic or other means forbidden by Allah.

Materials used as medicine also must be suitable with Islamic philosophy such as clean and do not contain najis except in emergency. As the saying goes “prevention is better than cure”.The understanding and appreciation about halal and haram in medicines is very important and need to be brought to attention by all parties so that health can be treated according to Islamic teaching. 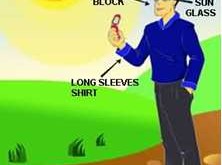 Watch-out under the sunlight

Medication in treatment of psoriasis 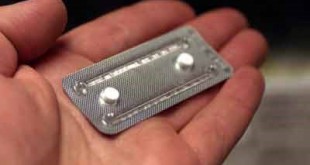