Haemoptysis is the coughing of blood originating from the lungs. The blood can appear as flecks, streaks or can be massive in amount. Haemoptysis can be caused by many things but it is important to make sure that the blood is really from the lungs and not from other structures like the nose or the stomach. There is a big difference in terms of treatment, expected recovery and final outcome. If you ever cough up blood, it is important for you to see a doctor so that they can investigate the possible causes.

Signs and Symptoms of Hemoptysis

Hemoptysis is a symptom of many different underlying disorders, from mild bronchial infection to cancer. In addition to coughing up blood, a patient may notice other symptoms including the following:

Usual investigations will be laboratory tests including sputum examination, blood investigations and chest x-ray. Depending on the source and nature of the haemoptysis, bronchoscopy and CT scan may be required especially when lung cancer is suspected. Bronchoscopy may also be used to localise the site of bleeding as well as a measure to stop the bleeding locally. Pulmonary angiography is another measure to detect the source of bleeding.

Treatment of haemoptysis is divided into:

Treatment of haemoptysis depends on the quantity of blood coughed up and the underlying cause. Mild or minimal haemoptysis does not require specific and immediate treatment. However, the underlying cause needs to be determined and treated. For example, if the cause of haemoptysis is lung infection (pneumonia), antibiotic should be given. If the source of the haemoptysis is from tuberculosis, anti-tuberculosis drugs should be prescribed. It is important to know the type and stage of lung cancer as well as the performance status of the patient to further determine the appropriate treatment. Antifibrinolytic agent (eg: tranexamic acid) is an option to assist in stopping the bleeding.

Major or massive haemoptysis is a medical emergency and needs urgent treatment. Death can result, usually from asphyxiation. First step is to go to the nearest emergency department. The doctor will stabilise the patient and try to identify the source of bleeding. If the bleeding is massive, blocking/compromising the airway, intubation maybe required.

Some methods of controlling bleeding include:

There is no specific prevention of haemoptysis. 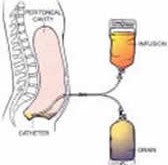 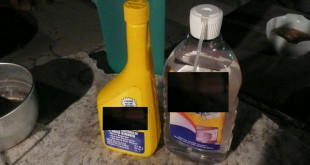