What Is Innovator Drugs?

An innovator drug is the first drugs created containing its specific active ingredient to receive approval for use. It is usually the product for which efficacy, safety and quality have been fully established. When a new drug is first made, drug patent usually will be acquired by the founding company. Most drug patents are protected up to 20 years. During the patent period, other companies cannot make or sell the same drug until the patent expires.

What Is Generic Drugs?

Yes, There are similarities between generic and innovator drug, such as:

Examples Of Innovator And Generic Drugs

Are generic drugs as safe as the innovator drugs ?

Some myths that are often associated with generic drugs:

Generic drugs may look different because of certain inactive ingredients, such as colors and flavorings agents, may be different. These ingredients do not affect the safety, effectiveness or performance of the generic drug.

So, there’s no truth in the myths that generic drugs are inferior in quality as compared to innovator drugs.

Innovator drugs are more expensive because the company who first manufactures the drug spends large amount of money in research to develop the new drug which includes clinical trials, marketing and promotion of the drugs.

Generics drugs are cheaper as their manufactures are not required to demonstrate their efficacy and safety through clinical trials as these have also been established by the innovators.

However, generics drugs still needs to conform to same standard of quality, safety and efficacy required of the innovators. In addition, when the patent of a drug expired, there will be more company produce generic drugs which create competition and may reduce the cost of a drug.

Surveilance on registered products in the market 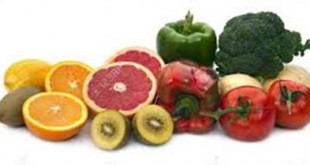 Safe and proper storage of medicines