Gamat, also known as TimunLaut or Sea Cucumber, is asea animal from the class of Holothurioidea. There are many species of Gamat, such as Stichopus variegatus, Holothuria atra and Thelenota ananas. Gamat is a soft body invertebrate. Its cylindrical shape is similar to the cucumber, thus it is called Sea Cucumber.

Generally, their lengths range from a few millimeters to more than two meters. These species occurin various combinations of colours such as white, black, red and blue. Gamat are widely distributed around the world, including in Malaysian waters such as Pulau Langkawi and Pulau Tioman. Coral reefs are the main habitat of these creatures.

For the Malay community, Gamat is always synonym to traditional medicine. Gamat is often prepared as food or processed as alternative and aesthetic medicine.Processed Gamat can also be used topically as oil for wound healing or treatment of skin problems and consumed orally as a health tonic. Sea cucumber may also be applied on face and body to beautify the skin.

The popular Chinese name for Gamat is haishen, which means Ginseng of the Sea. Gamat has been listed as a traditional medicine ingredient in Bencao Gangmu, a materia medica written by Li Shizhen. From the perspective of Chinese medicine, Gamat may nourish the blood and vital essence (jing) as well astonify the kidney (qi). Thus, it is commonly used in treating body weakness and urination problems. Gamat is also served as a tonic food and sometimes Gamat meals are specially offered on certain occasions such as the Chinese Spring Festival as a symbol of longevity.

The protein content in Gamat can be as high as 55%. Other nutrients are such as mucopolysaccharides (10-16%) and saponins, while the fat content in Gamat is low. Mucopolysaccharidesis an ingredient in the formation of bone cartilage,and is useful for alleviating joint pain. Vitamin E contained in the the body fluid of Gamat has antioxidant activity which functions in the immune system. This will reduce risk of infection and maintain one’s health.

Gamat as Traditional Medicine in Malaysia

Currently, products containing Gamat can be categorized as either food or medicine (drug) depending on its presentation and function. Thus, the registration requirement of such products is based on its classification, either regulated as food, or medicine (drug).

Traditionally, Gamat-based products have been used as wound-healing and for general health. Thus, Gamat products are very popular among women after childbirth. In addition, Gamatproducts are also consumed by patients who have undergone surgeryfor the purpose of healing. There are also productscontaining Gamatformulated with other herbs as a cough medicine, massage oil or medicated oil.

To this day, Gamat-based products have a place among its users. However, for the purpose of safety, labelsof these productswhich are orally consumed (as food or drink) should contain the following warning statement:

‘Please consult your pharmacist, doctor, or other healthcare providers about any other supplements / medications you are taking and other health care problems. There may be a potential for interactions or side effects’.

In conclusion, further scientific study is essential to prove that Gamathas high medicinal value and is safe for human consumption. Gamathas potential to be commercialized locally and globally, thusGamat or Sea Cucumber will remain strong in the market with its universal health benefits. 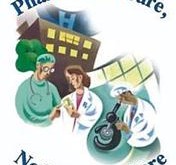 Are steroids safe for use among children?