Egg Usage Cause of Salmonellosis Disease

Salmonellosis is Salmonella bacterial infection in human digestive system. Most Salmonella species infection caused by foods that have been contaminated by Salmonella germ or direct contact with patient who already infected with these bacteria. There are 2500 Salmonella species that are brought by poultry and wild animals. Poultry animals such as chickens, ducks or birds infected by Salmonellosisbacteria can spread to the contents of eggs produced. Egg and its products are type of staple food to human especially Malaysians.  Improper handling of cleanliness egg shells or egg that is not cooked properly can cause food-borne illness like Salmonellosis.

Apart from that, there is also a possibility that the egg was infected with salmonella species, which reside in the intestine of livestock during the process of egg production. Infection occurs to the tissues of the skin prior to breeding flocks produced. Salmonella species that is associated with infection on tissues including Salmonella enteritidis, Salmonella typhimurium and Salmonella heidelberg. Among the three species of the salmonella, Salmonella enteritidis has a better ability to infect the tissues of livestock breeding.

Usually, egg used as an ingredient for making desserts such as puddings, cakes and ice cream. In the dessert food category, 55 from 90 (61%) is dessert which contains egg as added substance.

Figure 1.a) Skin eggs with chicken manure (arrow); b) Salmonella

In summary the main symptoms for people who have been infected with Avian salmonellosis bacteria is as follows:

In summary the main symptoms for people who have been infected with salmonellosis bacteria is as
Follows :

Serious complications arising from early symptoms are not getting proper treatment may lead to intestinal bleeding that is usually appear in the third week. In addition, children or infants will suffer complications disorder of the brain that is likely to experience seizures. Therefore, all individuals should immediately seek treatment if symptom or signs of salmonellosis bacterial infection happens.

Salmonella infection usually resolve without treatment and most people recovers within 2-7 days. However, the following steps should be taken in the event of signs of infection such as:

1. Drink plenty of clean and boiled water or Oral Dehydration Salt (ORS) which available in pharmacies to prevent dehydration.
2. Avoid taking antibiotics because it does not speed healing will even causes these bacteria enter the digestive system and survive longer. However, patient who experience severe symptom, should seek appropriate treatment in hospital.
3. Baby, the elderly, and patient with low immune systems may need to get the appropriate antibiotics prescribed by doctor.
4. Avoid from anti-vomiting or anti-diarrhoea medications unless recommended by doctor.

World Health Organization (WHO) has been providing safe procedures for consumer and food handler of egg-based food. Next are several steps that could be taken:

1.    Buying raw materials from suppliers who practice hygiene
2.    Choose egg product that have been pasteurized or egg powder which has been dried properly.
3.    Wash the egg shell with clean waters before use.
4.    Avoid using eggs that have cracked or broken because the egg may be contaminated with salmonella
5.    Keep food in the right way in which the food that will be used first placed on the front.
6.    Do not let frozen food in unsuitable place for the period more than 2 hours.

Anyone who had diarrhoea cannot work as food handler or care of the children, the elderly or people with chronic disease. Children who had diarrhoea should not be sent to child care centre. However, if the diarrhoea symptoms already recovered, they can return to work or be sent to the child care centre. In addition, the patient must frequently wash hands before doing any activity. Patient must also be kept separate that is rest at home until symptoms of the disease are already recovered.

“Does My Eye Glasses Wrongly Prescribed” 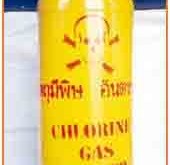