Difficulty with swallowing is the feeling that food or liquid is stuck in the throat or at any point before the food enters the stomach. This problem is also called dysphagia. Although dysphagia can happen to anyone, it is most common in older adults, babies, and people who have problems of the brain or nervous system.

How do we swallow?

People normally swallow hundreds of times a day to eat solids, drink liquids, and swallow the normal saliva and mucus that the body produces. Swallowing disorders, also called dysphagia, can occur at different stages in the swallowing process :

The process of swallowing has four related stages: 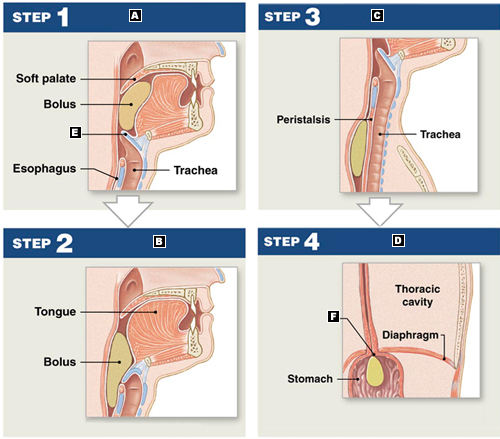 What are the symptoms of swallowing disorders?

Symptoms of swallowing disorders may include: 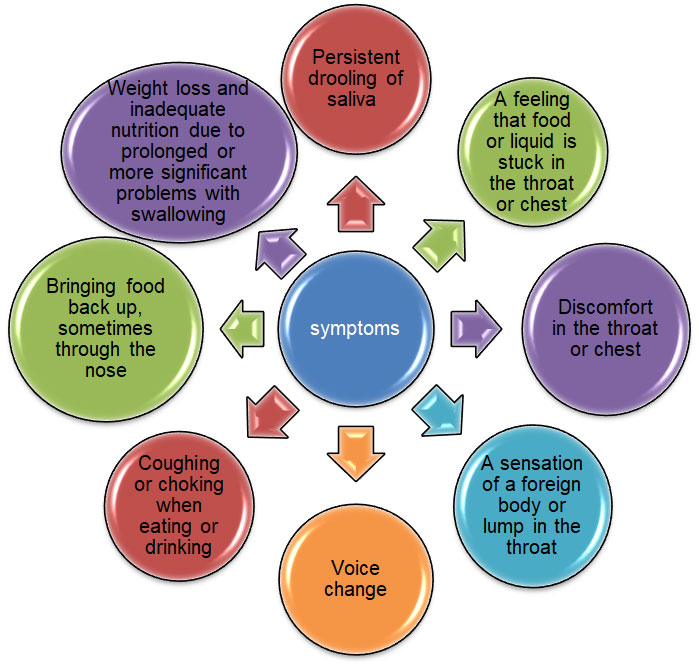 Other symptoms may include:

Children who have difficulty swallowing when eating may:

There are many different problems that can prevent the throat or esophagus from working properly. Some of these are minor, and others are more serious. If you have a hard time swallowing once or twice, you probably do not have a medical problem. But if you have trouble swallowing on a regular basis, you may have a more serious problem that needs treatment.

Dysphagia can be caused by problems with the: 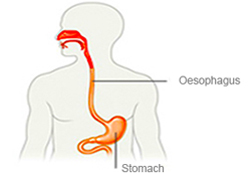 Swallowing is a complex act. There are many nerves that help the muscles of the mouth, throat, and esophagus work together. Much of swallowing occurs without you being aware of what you are doing. However, difficulties may be due to a range of other causes, including: 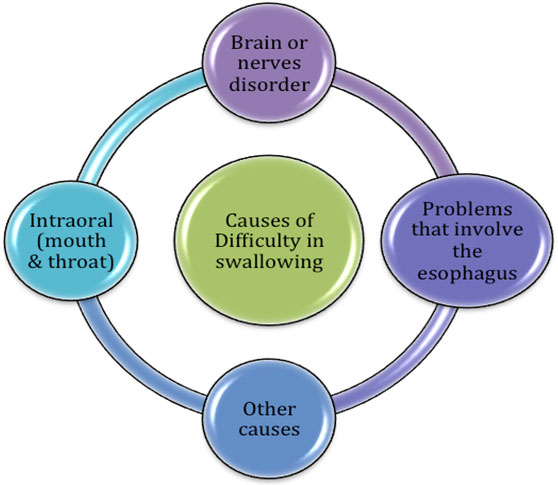 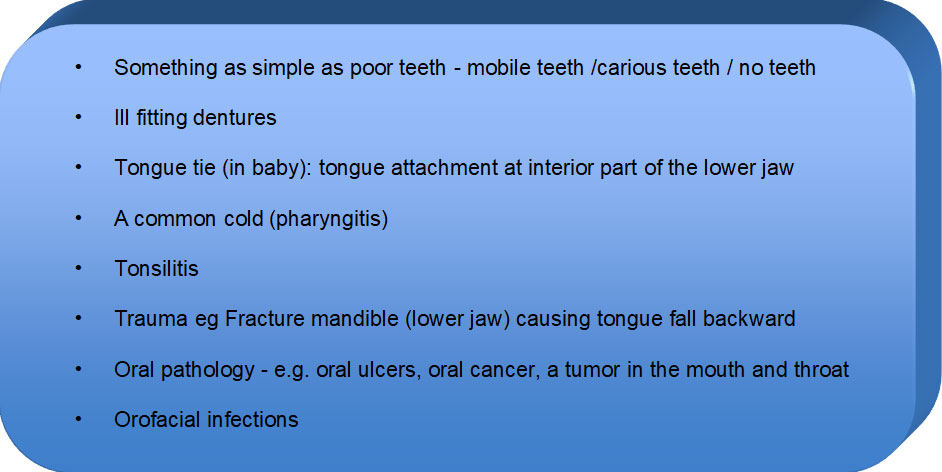 Problems that involve the esophagus: 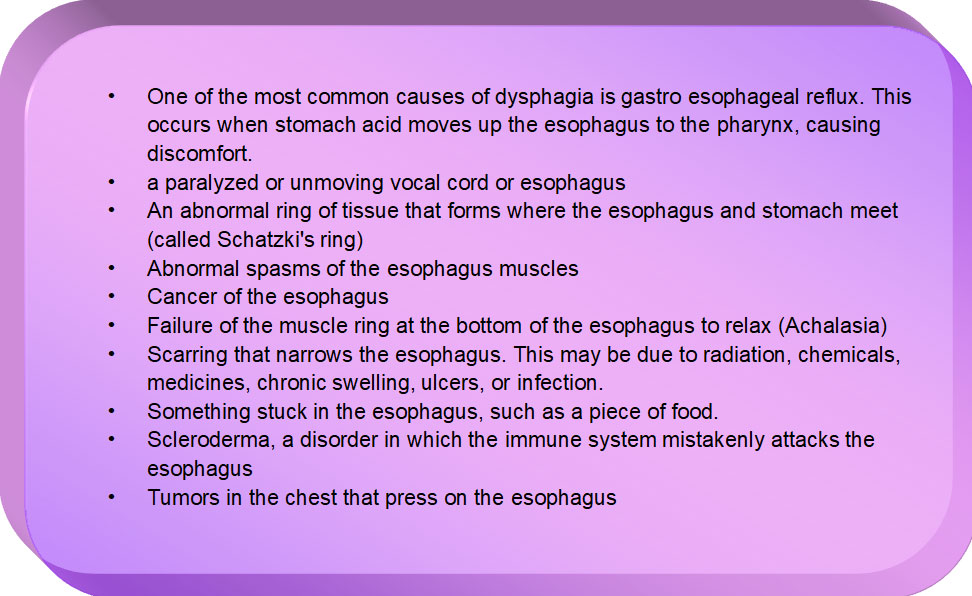 How is it treated?

Your treatment will depend on what is causing your dysphagia. Treatment for dysphagia includes:

**In rare cases, a person who has severe dysphagia may need a feeding tube because he or she is not able to get enough food and liquids. 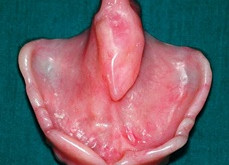 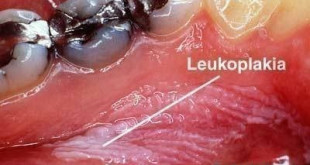