According to the medical dictionary, bone is a hard and rigid connective tissue existing in  most  vertebrates, including mammals, fish, amphibians, reptiles, birds, primates, rodents and marsupials (Figure 1). Bone is one of the strongest biological material in existence, particularly in terms of bearing weight and giving support to  the movement of the body.

It is  important for Forensic Anthropologists, Physical Anthropologists and Archaeologists to  identify human bones and differentiate them  from non-human bones, i.e. artefacts and animal bones. For layman, this matter may sound trivial  but for a scientist  dealing with  human bones,  this question is very pertinent from the forensic viewpoint before embarking on any further investigation or  research.

As shown in Figure 1 below, when the skeleton is in an intact condition, it is not difficult to  identify the species of the bone. Unfortunately, in most  cases, the bones are  incomplete, fragmented, and even commingled (consisting more than one individual human skeleton or mixed with animal bones ) (Figure 2). Hence, identifying human bones is a critical step in every anthropological case.

There are various methods in differentiating  human bones from non-human bones. Generally, it can be divided into three methods – macroscopic,  microscopic and bio-chemical methods.

Figure 2: When  bones are not catalogued systematically, this will cause difficulty in identifying human bones.

Microscopic examination is a  method used especially when dealing with fragmented bones or pieces of remains. Normally, a trained bone histologist  can carry out this examination with confidence.

According to Julie Robert, different species of animals including humans exhibit  different patterns of osteons in the bone histology.

Similarly, Mulhern and Ubelaker mentioned in their research paper  that the type of osteon banding present in the human and non-human samples are  easily distinguishable between one another.

Last but not least, DNA analysis is  the definitive method  in identifying human skeletonised remains. Humans possess a certain number and set of chromosomes with  a genetic  makeup which is totally different from any other living organism. Hence, by analysing the  DNA profile, it can determine with a reasonable scientific certainty  that the bone specimen is of human or non-human.

In  conclusion, one should  not hesitate to consult an anthropological scientist/expert  or request  for further bone analysis when in doubt  during the process of examining and identifying the skeletalised remains, particularly in dealing with fragmented bones pieces as any mistake will affect the professional service and justice system.

Besides animal bones, artefacts is another common factor in causing confusion to the  anthropologists in the identification of human bones. For  example, chinawares, synthetic polymers, glasses andwood like twigs or tree branches can be deceiving and look almost similar to bones. Nevertheless, these artefacts can  easily be singled out from actual bones by naked eye appearance as the  surface textures and morphology  are  different from bone tissues. If one  lack  confidence in differentiating bones from artefacts, microscopic examination is a valuable tool to assist in differentiating  between human / animal bones and non-living specimens as the latter will have no bone cells displayed. 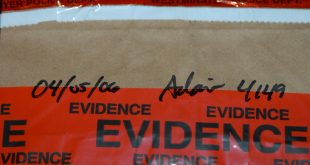 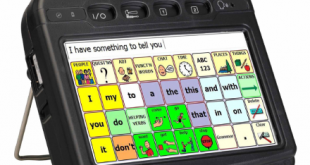