Dental plaque is a collection of bacteria and it is colorless, formed and bound to the surface of the teeth, tongue, dentures and strategic places such as margin of fillings, crowns and between the teeth. Plaque is often mistaken as food residues.

Dental plaque is a complex community of bacteria that clings to a surface in the mouth. Since it is outside the body, the content is not affected by antibiotics, antibacterial agents and immune system of the body. Once it is causing problem to the gum through its present in the tissue and its toxin, then the immune system of the body will be called into action. The complexity and bacterial content of the plaque increases with time, which occurs when plaque is left undisturbed.

Calculus (tartar) is hardened plaque , if it is left undisturbed. Once calculus has formed, it is difficult for brushing and flossing to be effective. Rough surfaces of the calculus cause more plaque to form and accumulated in the area, giving rise to difficulty in cleaning.

In an era of increased knowledge about oral hygiene, the effect of dental plaque is still seen in our society. In the survey done by Oral Health Division, Ministry of Health Malaysia in 2010, it was found that 94% of adults examined suffer from gum disease in various stages of the disease; 88.9% had experienced dental caries; an average of 11.7 teeth have caries per person; 8.0% of people aged over 50 years suffer root caries; 37.9% require tooth extraction and 37.7% require a dental fillings. All these are the results of poor plaque control.

What happens if plaque is not removed ?

If plaque are left undisturbed, it can lead to:

Plaque formed all the time. Generally it is easily removed with good oral hygiene at home:

When plaque hardened and turns into calculus (tartar), scaling is necessary and should only be done in a dental clinic by a dentist. Therefore, regular visit to the dentist is the best way to prevent the damage that can be done by this dental plaque and calculus . 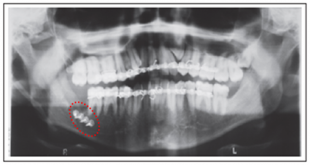 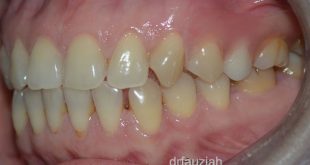