Morning sickness is a very common phenomena occurring in about 70-80% on pregnancies. In general it is mild and self limiting. The majority of women does not need medical help and can be managed at home.

What causes morning sickness in pregnancy?

The cause of morning sickness during pregnancy or why some women seem to have severe symptoms remains largely unknown. Many researchers relate it to the hormonal changes that occur during early pregnancy. Estrogen level is noted to be more elevated in women with vomiting in early pregnancy.

Women are advised to see their doctor if they have severe vomiting in pregnancy and is unable to take food or drink adequately.

How long will it last?

Nausea and vomiting usually begin around 6th week of pregnancy. Although it commonly occurs in the morning, it can happen at any time of the day. About 80% of women will stop having symptoms around the 12th week, and the rest usually feels much better after the 16th week. However, a few may experience it throughout pregnancy.

Women who have mild nausea and vomiting in early pregnancy should not be worried as it is unlikely to cause any harm to them or their fetus. However, if the vomiting is severe and she is unable to take food or drink then she needs to get admitted to hospital.

Women with hyperemesis gravidarum are usually dehydrated and would need intravenous fluid in the hospital to correct it. If the condition is not treated, it may result in ketosis or metabolic acidosis and this might be harmful to the fetus and the mother.

The majority of women would probably experience morning sickness during their pregnancy and only a small group would be lucky enough not to have it. The symptoms may be worse in some women compared to others. Some of the known factors that predispose the woman to severe morning sickness include:

Triggers for morning sickness in pregnancy

Many pregnant women may notice that certain conditions, food or smell may make them feels sick. Some common triggers include:

Morning sickness may be relieved by dietary modifications such as :

Get enough rest, a lot of fresh air and enough support from friends and family members.

If you suspect the vitamin supplement that you are taking is causing more nausea, you can try to take it at night before sleep. If this doesn’t help, talk to your doctor for the possibility changing to other types of vitamin preparation. Soft gel form of vitamins is usually tolerated better.

Who can help me with morning sickness in pregnancy?

An understanding husband and family members with regards to the condition helps a great deal. However, if the symptoms persist and you have difficulty coping with it, then you should go to your doctor or the nearest clinic, to get support and counselling. You might also be given medications to help reduce the nausea and vomiting. Occasionally, your doctor might do a blood test to check for electrolyte imbalance and urinary test to check for ketones.

When to seek medical care

You should seek medical care if : 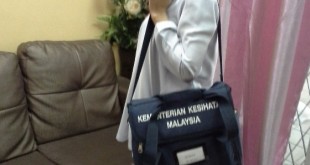