Colorectal cancer is one of the commonest malignancies in the world. In 2006, it was the top and second most frequently reported cancer in males and females respectively in West Malaysia.

The colorectal cancer usually start with polyps. There are many types of polyps but the one that concerns us most is adenomatous polyp which can turn to cancer. So it is very important to detect early and remove the polyp.

Recent studies have shown that smokers are more likely to die from colorectal cancer than nonsmokers.

The incidence of the disease increases exponentially with age. More than 90 per cent of the colorectal cancer cases in Malaysia occur in people over the age of 40.

Polyps are not cancer, but some types of polyps called adenomas are most likely to develop into colorectal cancer.

People with IBD, such as ulcerative colitis or Crohn’s disease, may develop chronic inflammation of the large intestine, which increases the risk of colon cancer. IBD is not the same as irritable bowel syndrome.

Women who have had cancer of the ovary, uterus or breast are more likely to develop colorectal cancer.

A diet high in fat and low in fibre is linked to the development of the disease.

Some studies suggest that taking aspirin and other NSAIDS may reduce the risk of developing polyps.

A diet rich in fruits and vegetables and low in red meat may help reduce the risk of colon cancer. Some studies have also found that people who take folic acid and calcium supplements have a lower risk of colorectal cancer.

People with sedentary lifestyles and who are overweight or obese increase their risk of colorectal cancer.

Below are the list of symptoms of colorectal cancer .If you develop these symptoms please see your doctor for comfirmation as these symptoms could also be a cause of other medical illness.

There are several tests should be done to diagnose colorectal cancer to detect spread (metastasis) to other organs and to determine the best treatment to be offered.

It is a light tube which your doctor will look through to see any growth /polyp in your colon and rectum. It is done under sedation. If there is a polyp the doctor will remove it as certain polyp, can turn into cancer.

A biopsy is the removal of a small amount of tissue for examination under a microscope. A biopsy may be performed during a colonoscopy or it may be done on any tissue that is removed during surgery.

Because colorectal cancer often bleeds into the large intestine or rectum, people with the disease may become anemic. A test of the number of red cells in the blood, which is part of a complete blood count (CBC), can indicate that bleeding is present.

Ultrasound is a procedure that uses sound waves to produce images of the body to tell if cancer has spread to the liver or other organs.

Staging is a way of describing a cancer, such as where it is located, if or where it has spread, and if it is affecting the functions of other organs in the body.

Knowing the stage helps the doctor to decide what kind of treatment is best and can help predict a patient’s prognosis (chance of recovery).

Like most cancers, the treatment of colorectal depends on the specific location and extent of the disease.

It is the most common treatment of colorectal cancer. Part of the healthy colon or rectum and nearby lymph nodes will also be removed. In a minority of cases, a person with rectal cancer may need to have a colostomy, which is a surgical opening, or stoma, through which the colon is connected to the abdominal surface to provide a pathway for waste to exit the body; such waste is collected in a bag worn by the patient. Sometimes, the colostomy is only temporary to allow the rectum to heal, but it may be permanent. The side effects of surgery include pain in the area of the operation. The operation may also cause constipation or diarrhea, which usually subsides spontaneously. People who receive a colostomy may have irritation around the stoma.

which uses high energy radiation to kill cancer cells, is commonly used in rectal cancer. Radiation therapy may be used before surgery (called neoadjuvant therapy) to shrink the tumor so that it is easier to remove, or after surgery to destroy any remaining cancer cells (called adjuvant therapy), as both have shown value in treating rectal cancer. Side effects of radiation therapy include fatigue, skin irritation and damage at the site where the treatment is given, loss of appetite, nausea, and diarrhea. It may also cause bloody stools (bleeding through the rectum) or bowel obstruction

Is the use of drug to kill cancer cells.It may be given after surgery to eliminate any remaining cells. The most common chemotherapy given for colorectal cancer may cause vomiting, nausea, diarrhea, or mouth sores. 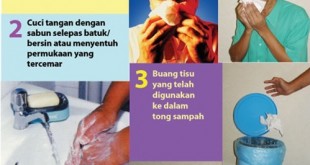