Chlamydia is a bacterial infection. It is one of the most common sexually transmitted diseases in Malaysia. If not treated, it can lead to pelvic inflammatory disease (PID), as well as sterility and pregnancy problems.

Chlamydia is highly contagious and can be spread by sexual contact with an infected partner. Chlamydia occurs four times more often than gonorrhea. A pregnant woman may pass the infection to her baby during delivery, causing infection of the eyes or possibly lung (pneumonia).

80% of women and 10% of men display no symptoms. However, for others, the symptoms often appear 7-14 days after transmission in the following ways:

Symptoms may present early in the day and go away, only to return. Advanced Chlamydia may lead to inflammation of the sperm duct (epididymitis), which can result in sterility.

Symptoms usually show up from one week to one month after exposure.

Chlamydia can cause infertility in both men and women.

Women can be checked through the intake into cervical swab during the pelvic examination, while men can be checked by using the swab into the urethra tip for taking specimen. Urine examination can also be done for both sexes. Disease can be cured by giving antibiotics for a week. However, abstinence is recommended for those infected and on antibiotic treatment.

Early treatment is encouraged. It can avoid problems such as pelvic inflammatory disease as well as infertility and pregnancy problems. Treatment must be followed up until symptoms disappear. Patients should not use alcohol, milk and other dairy products.

In cases of Chlamydia through sexual relationships, both partners need to be treated together. Sexual activity should be avoided until treatment is completed. Follow-up is also important, because doctors need to make sure the infection is fully cured.

The best way to prevent Chlamydia is through improved hygiene standards and lifestyle changes. Sexually active persons should use condoms or diaphragms during sexual intercourse that may help reduce the transmission of Chlamydia.

However, for the infected, the best way to avoid transmission is to abstain from sexual contact until complete treatment.

Remember that one’s risk for Chlamydia, or any other sexually transmitted disease, increases with the number of sexual partners. 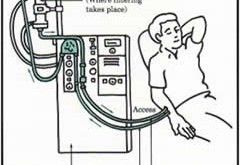 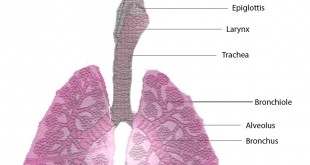