Cardiomyopathies are diseases of the heart muscle (myocardium), in which the actual muscle cells and surrounding tissues are not normal or healthy.

In this condition, the myocardium is abnormally enlarged, thickened and/or stiffened.

Symptoms can be absent (asymptomatic), mild or severe. The majority of them have signs and  symptoms of heart failure.

Some patients may have symptoms due to arrhythmia which presented with chest pain, palpitation, fainting (syncope), seizures or sudden death.

Primary cardiomyopathy means the sickness mainly involves the heart and the exact cause remains unknown (idiopathic). It occurs because the muscle cells themselves are abnormal and may be related to an inherited condition such as a family history of cardiomyopathy or a genetic disorder.

Secondary cardiomyopathy means the muscle cells were normal but sickness is a result of another disease or toxin which may also affect many other organ systems in the body. Possible causes include viral infections such as Coxsackie B virus, excess of iron in the heart, complications from AIDS and the use of some therapeutic drugs to treat cancer like doxorubicin.

There are five main types of cardiomyopathy which are :

DCM is diagnosed when the heart is enlarged (dilated) and the pumping chambers contract poorly. This condition is the most common form of cardiomyopathy and accounts 55-60% of all childhood cardiomyopathies. It is more commonly diagnosed in younger children. As the disease progresses, signs and symptoms of heart failure will appear. It can be genetic, infectious or environmental causes. It is estimated that 20-30% of children with DCM have a relative with the disease.

HCM is the second most common form comprises about 35-40% of cardiomyopathies in children. HCM is often diagnosed during infancy or adolescence.

“Hypertrophic” refers to an abnormal growth of muscle fibres in the heart. In this condition, the  heart muscle is thickened, compromising on the size of heart chambers. The muscle is also stiff, making it difficult to relax to allow the blood to fill the heart chambers.

While the heart squeezes normally, the limited filling prevents the heart from pumping enough blood, especially during exercise.

Although HCM can affect both lower chambers (ventricle), usually it will affect the main pumping chamber which is the left ventricle. The thickened muscle wall also can restrict the blood flow out from the heart. Children with HCM are also at an increased risk of arrhythmias (abnormal heart rhythms) and sudden cardiac arrest.

The cause of HCM is largely unknown but most cases appear to be genetic in origin. It is estimated that 50-60% of children with HCM have a relative with the disease.

Eventually, the blood flow to the heart is restricted and causing symptoms and signs of heart failure. Although the cause in children is usually unknown (idiopathic), approximately 30% of the children have a family history of cardiomyopathy.

ARVC is a very rare condition in children. In this condition, heart muscle cells become disorganized and are replaced by fatty tissue. In the early stages of the disease, the right side of the heart may appear to be thickened in certain patches but later becomes dilated with a thinner wall. As the disease progresses, the muscles in the left portion of the heart are also reduced and thin layers of fat and fibrous tissue appear. The disorganized structure of the heart leads to arrhythmias and problems with the heart’s contraction.

This condition usually presents in teens or early adults and is the most common cause of sudden death in athletes. It is believed to be an inherited disease.

LVNC is also a very rare form of cardiomyopathy that is diagnosed by the presence of excessive deep grooves in the muscle wall of the ventricles. Though both ventricles can be affected , in most cases only the left ventricle is involved. The heart muscle appears to be a loose weave of fibers. The heart pumping function can be either normal or reduced.

Similar to other forms of cardiomyopathy, it can be familial (genetic) or sporadic

Usually when a child or patients have the symptoms, then they will be referred to the Paediatric Cardiologists who will carry out the echocardiography examination. Echocardiography will facilitate in making the diagnosis as well as classifying the various types of the cardiomyopathy.

Currently there are no therapies that can cure cardiomyopathy. However, many treatments are available that can improve symptoms and decrease risk in children with cardiomyopathy.

The choice of specific therapy depends on the clinical condition of the child, the risk of dangerous events and ability of the child to tolerate the therapy.

The followings are medical therapies, medical devices and surgery that are used to treat children with cardiomyopathy:

How Children Learn To Talk 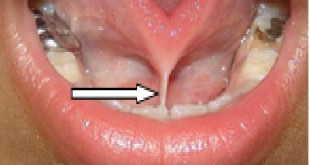 My Child Has Tongue Tie?