BLOOD DONATION…if you have donated blood, even once, you are a special person and your contribution is priceless!! To donate blood, the donor is driven by various factors such as altruism, the feeling of wanting to help patients in need that may include friends and relative, or even after being persuaded by friends and relatives.

As we are all aware blood is an important part of medical treatment. With the advances in medical technology and the increase in the number of hospitals nationwide, the demand for blood and blood products also increases. Medical and surgical treatments such as cardiac surgery and organ transplantation, and management of thalassemia, haemophilia and patients with anaemia, all depend on blood transfusion.

Ministry of Health Malaysia has targeted to recruit at least 5% of Malaysian population to become blood donors. Though the target is yet to be achieved, the total number of donation has been showing a steady increase over the years.

All the efforts and objective in supplying enough blood for patients will not succeed without the help and support by the general public. Awareness among the public is important should we want to make blood donation a public responsibility and part of our life and culture.

Blood can be donated by two means ? whole blood donation and apheresis donation.

This type of donation is the commoner among the two. The donated blood will then be processed in the laboratory into its individual components namely Plasma, Platelet Concentrates and Packed Red Cells. 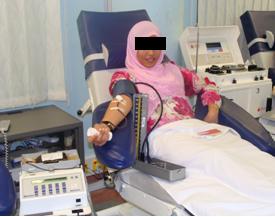 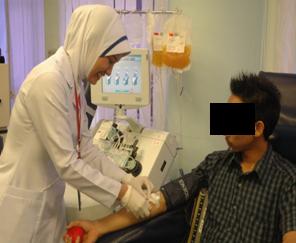 Before a person is allowed to donate his or her blood, he or she needs to fulfil few basic criteria as listed below:

For apheresis donors, aside from the criteria above, there are few additional criteria they have to fulfil:

A person suitability to donate will be determined by the Medical Officer or the nurse on duty. A potential donor has to be in a good state of health so that the donation itself would not bring harm to the donor and also the donated blood would not harm the patient who would be transfused with the blood. Strict donor selection procedure practices by the Blood Banks are there to guarantee the quality of the donated blood. Besides needing to be physically healthy, individuals that are found to be involved in high risk behaviours are NOT ALLOWED at all to donate their blood. These high risk behaviours include sharing needles among drug users, being involved in prostitution or visit prostitutes, having sexual relationship with the same gender and having or had more than one sexual partner. Blood donation has to be made with full responsibility and intention of helping the patient in need. Thus, all potential donors must be honest when answering questions during the pre-donation counselling session. Refusal to do so would only increases the risk to the patient who may end up receiving infected blood. Click to read more about Blood Donation Deferral. 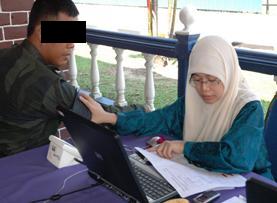 Advise to Donors After Donating

Blood donation service is available at the National Blood Centre, Kuala Lumpur and at the blood bank of selected government hospitals. These donation centres are open for blood donation every working days during office hour (please call the nearest donation centre for further details).

Aside blood donation at the blood banks, mobile blood donation programs are also conducted actively to make it easier for the general public to come forward to donate their blood. These mobile sessions are conducted at the government as well as private offices and buildings, factories, institutes of higher learning as well as shopping centres. Such program is organised with the help and support of the non-government organisations (NGOs), student bodies as well the government and private associations. For those that have any questions or are looking for further information on blood donation or when and where to donate their blood, please call the National Blood Centre or the blood bank of their nearest hospitals. 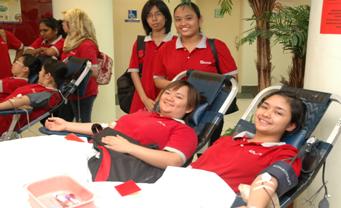 Donating blood at a mobile session

List of Blood Banks of the State Hospitals in Malaysia

Be Healthy For Life 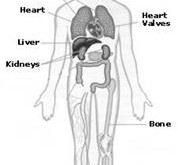