The prostate is a gland that forms part of the male reproductive system. The gland is made of two lobes, enclosed by an outer layer of tissue. It is located in front of the rectum and just below the bladder, where urine is stored. The prostate also surrounds the urethra, the canal through which urine passes out of the body. It is common for the prostate gland to become enlarged as a man ages. We call this condition benign prostatic hypertrophy (BPH).

The cause of BPH is not well understood but it occurs mainly in older men. As it does not develop in men whose testes were removed before puberty some people believe that factors related to aging and the testes may spur the development of BPH. Throughout their lives, men produce male hormone testosterone. It is postulated that dihydrotes-tosterone (DHT), a substance derived from testosterone in the prostate cause prostate enlargement. With age older men continue to produce and accumulate high levels of DHT in the prostate. This accumulation of DHT may encourage the growth of prostatic cells and causes BPH.

Many symptoms of BPH arise from obstruction of the urinary passage and gradual loss of bladder function. This eventually results in incomplete emptying of the bladder. The symptoms of BPH vary and the size of the prostate does not always determine how severe the obstruction or the symptoms will be, but the most common ones involve changes with urination, such as:

Severe BPH can cause serious problems over time.

It is important to tell your doctor about urinary problems such as those described above. In 8 out of 10 cases, these symptoms suggest BPH, but they also can signal other more serious conditions i.e. cancer of prostate that require prompt treatment. Have a yearly check-up. Several tests help identify the problem and these tests vary from patient to patient, but the following are the most common:

where a probe is inserted in the rectum to directs sound waves at the prostate and the echo patterns of the sound waves form help to detect problems of the prostate. **Both PSA and ultrasound tests enhance detection when added to DRE screening. But they are known to have relatively high false-positive rates, and they may identify a greater number of medically insignificant tumors.

Men who have BPH with symptoms usually need some kind of treatment at some time. Doctors generally advise going ahead with treatment once the problems become inconvenience and very bothersome or when it pose a threat to patient’s health. Some researchers report that early treatment may not be needed because the symptoms of BPH clear up without treatment in as many as one-third of all mild cases. Instead of immediate treatment, regular checkups by doctors to watch for early problems are more beneficial.

Drug are available that inhibits production of the hormone DHT. These drugs shrink or at least stop the growth of the prostate without using surgery.

Drugs that act by relaxing the smooth muscle of the prostate and bladder neck to improve urine flow and to reduce bladder outlet obstruction are also available. They belong to the class of drugs known as alpha blockers.

Because drug treatment is not effective in all cases, in recent years there have been development of a number of procedures that relieve BPH symptoms but are less invasive than surgery. These include:

Surgery involves removal of the enlarged part of the prostate and this relieves the obstruction and incomplete emptying. Is the best long-term solution for patients with BPH. They include:

It will probably take a couple of months to heal completely. During the recovery period, the following are some common complicating problems that can occur: 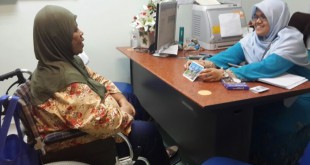