The term autopsy in medical practice refers to a surgical procedure which is performed on the corpse or body to find or identify the cause of death. (DBP, 2013). Other commonly used words in referring an autopsy are post-mortem and necropsy.

Autopsy is derived from the Greek word meaning autopsia ‘to see’ (to see for oneself). According to Albreacht von Haller (1756), an anatomist and medical practitioners Switzerland ‘autopsy is an act of a person to understand and explain based on an observation’ (Sezer, 2005). The observation is done on the body or bodies.

According to the guidelines set by the of the Ministry of Health Malaysia (MOH), post-mortem means an inspection carried out by the Government Medical Officer on the dead body. This inspection involves internal and external examination to determine the cause and manner of death or how the changes produced by the disease, chemical, radiation, accidents, injuries, etc. (Ministry of Health Malaysia, 2008).The main goal of the post-mortem is to answer questions that arise about how and why an individual may die. (Erer, 2006).

Malaysian laws have special provisions under Criminal Procedure Code (Act 593) refers to Section 329 that empower a police officer (sergeant and above ) to investigate any reported deaths . Section 330 empowers the police officer to refer the nearest government medical officer to carry out a post mortem examination if there is doubt or criminal conduct on reported deaths. And Section 331 (1) states as soon as information is received from the police investigating officer, a post mortem examination to be carried out as soon as possible. (The Commissioner of Law Revision, Malaysia, 2012). Therefore it is the duty of the Government Medical Officers at government hospitals to carry out a post mortem examination upon request by the investigating police officer.

Although an autopsy is generally considered inappropriate act according to Islamic law, however it is still allowed if they meet the conditions outlined by the Department of Islamic Development Malaysia (JAKIM) as long its fulfill the agreed guidelines titled ‘Guidelines on Post Mortem from Islamic Perspective’. This guidelines was published after two decrees issued by the National Fatwa Council in 1989 and 2004 (JAKIM,2005) : –

The basic principle of the post-mortem examination which is carried out on the dead body is to obtained information on the most probable manner and cause of death.

This is because of a death can be caused by various factors and ways. Therefore there is a need to determine the correct and accurate cause of death. For example deaths due to disease of known and yet known, naturally occurring diseases or even death involving elements of medico-legal.

The post-mortem examinations are normally categorized into two types clinical and medico-legal.
Postmortem examinations of both these categories are performed by a qualified government medical officer with different level of expertise.

The need of Post-Mortem

The main objective of the clinical post-mortem examination is to study and identify the main reasons that lead to the death of an individual after appropriate treatments and interventions that have been given fails to recover or save the individual. Clinical post-mortems are conducted in cases usually not under the investigation of police officers.

There are also situations post-mortem examination will be carried out even if the cause of death was known. This is mainly due to the requirements of further research on the characteristics of the disease to increase knowledge and understanding of the medical field towards the disease.

The information and knowledge gained from a post-mortem examination will be used to treat and save patients who face the same problem in the future.

Clinical post-mortem examination can only be carried out once relative or close family members given written consent to do so. The next of kin must sign on the special form to give consent to the hospital management to perform an autopsy after receiving clarification or briefing from the treating physician of the patient.

The next of kin has all the right to reject the application of the hospital for an autopsy if they feel no need or not in interest to allow the autopsy. The next of kin is advice must make final decision after a thorough assessment by taking into account all relevant aspects.

There are also may rise situations where a post-mortem examination will be still carried out without the consent of the next of kin, this is subjected to only if the death was proved to be caused by infectious or deadly diseases based on the interest of the public safety (section 16, Prevention and Control of Infectious Diseases Act 1988). In such cases the permission to carry out the post-mortem is subjected to power given to the Director General of Health Malaysia by relevant governing laws.

Examples of cases that are under the category of clinical post-mortem are: –

Medico legal post-mortem will be conducted only if the autopsy application (Form Requesting Post-Mortem Examination on Body), Police 61 Amendment 4/86  received by the medical officer in charge of the Department / Unit of Forensic Medicine in assisting the police investigation.

Based on the provisions of the law under the Criminal Procedure Act the authority to grant permission to perform post-mortem examination by a qualified and registered medical officer are given to the magistrate and police  (applicable for police cases only).

Examples of cases which required medico-legal post mortem examination are:

Cancellation of a Post-Mortem

The question that is often directed by the public towards to the forensic medical services; can the post-mortem examination be canceled even after issuance of form P 61 by the police personnel?
The request for post-mortem will be only issued once there is a reasonable requirement appears to a police officer or magistrate who investigated the death. It is in accordance with the provisions of law (Criminal Procedure Code) in our country.

If the beneficiary decides not to have the post-mortem examination on the basis of respect or comply with the requirements or religious beliefs, then they can do so by referring to the magistrate and make ??an application to strike out the post-mortem examination request .If the police or the magistrate decides to cancel or withdraw, then they are held responsible to give the cause of death, how and when the death occurred.

Post-mortem examination will only be done if there is a reasonable requirement as to obtain the information necessary to identify and unlock the event that lead to death. Every cause of death should be known, especially if it involves the element of violence or crime. 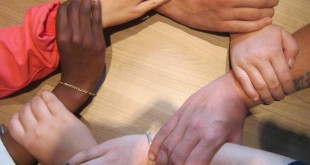 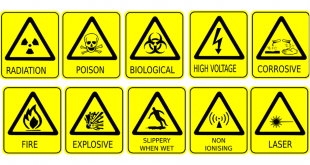