Antihistamines have been at the forefront of treatment for allergic condition for years because they work well to relieve symptoms of different types of allergies, including seasonal, indoor and food allergies. In children, antihistamines are among the most commonly prescribed medicines.

Antihistamines are a group (class) of medicines used to treat allergy caused by the release of histamines. It can also be used for some other conditions like cough.

If you are curious about how antihistamines work in our body, you must first understand what histamines roles are when we are in an allergic condition.

When our body comes into contact with foreign organisms such as bacteria and virus, it triggers a self-protective response called inflammation. During inflammation, chemicals called histamines are released triggering allergy symptoms in the nose, airways and skin. Histamines stimulate sensory nerve endings causing sneezing, itchy nose and swelling skin. They also increase secretions causing runny nose and widen the blood vessels causing redness and swelling of the skin. Apart from it, histamines recruit all types of white blood cells, our body’s army force, to the infected site to fight with the foreign invaders (bacteria/virus). 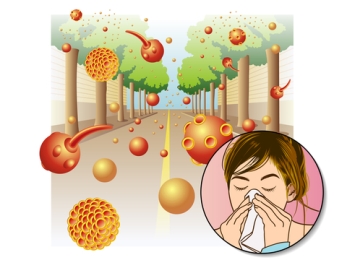 In allergic conditions, our body’s defense system (immune system) recognizes harmless agents such as pollen and dust as foreign invaders and thus reacts with the same inflammatory responses. This is why we experience reactions like itching and skin swelling during allergic conditions.

Antihistamines, as the name tells, block or reduce histamines, so they stop allergy symptoms.

They however can’t relieve every symptom, for example nose block. In that case, on top of antihistamines, your doctor might give other medications such as decongestant. Sometimes, combination products combining both antihistamines and decongestants such as pseudoephedrine might be given instead.

Antihistamines are used primarily to treat a number of allergic conditions such as:

Other uses of antihistamines include:

Like any other medications, antihistamines can have side effects. Generally these are more significant with first-generation antihistamines.

Some of the common side effects of antihistamines include:

Some other rare side effects of antihistamines include:

Children, particularly those under 6 years old, are more susceptible than adults to the adverse effects of antihistamines. They are also at increased risk for experiencing side effects like restlessness or moodiness with antihistamines. For that reason, parents are advised not to give antihistamines to your child without any advice by your doctor or pharmacist.

Special Advice Regarding Its Use In Children

For allergic conditions, antihistamines can still be used for your children provided it is given with the advice of your doctor or pharmacist. 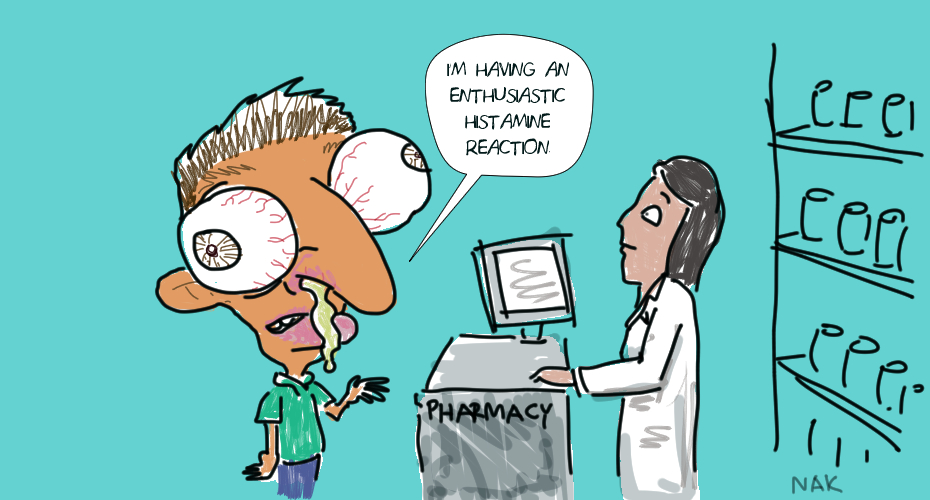 Parents are advised to monitor their child after giving antihistamines. If you suspect that your child experiences any serious side effects, bring them to your doctor. Bring all medications that have been given to your child to the hospital/clinic so that your doctor could then decide the most suitable treatment for your child.

You should also be aware that some people might respond well to one antihistamine while getting no benefit from another. So if loratadine or cetirizine does not work for your child, your doctor might give other antihistamines.

Most importantly, parents are advised to read the label before giving any medications to their children. This is especially important if you have taken your child to see a different doctor when the allergic symptoms in your child persist after seeing the first doctor.

Lastly, parents are reminded not to treat your children on your own by using your medications because children react differently from adults. Always consult your doctor or pharmacist before giving any medications including antihistamines to your children.

Tips for Caregiver of Elderly Patient