Kratom is a tree native to the South East Asia region. It belongs to the same family as the coffee plant. Its leaves have been used commonly as a stimulant, sedative, relaxant, as pain killer, for diarrhea and as a treatment for heroin addiction.

It can be chewed, as fresh leaves or in dried form. It can also be boiled as tea, or smoked. Powdered kratom leaves can be also crushed and mixed with fruit juices to reduce the bitter taste. Kratom consumption is illegal in Malaysia, Australia, Thailand and Myanmar.

Kratom use can be habit forming. Some symptoms of kratom abuse include hostility and aggression, persistent tearing from eyes, muscle and joint aches. They can have frequent passing of urine and constipation (feces is often dark, hard and small).

Those who use kratom leaves for long duration can develop symptoms of physical withdrawal similar to heroin addicts, such as chills, vomiting, diarrhea, agitation and fatigue. The withdrawal symptoms can last up to four – five days. 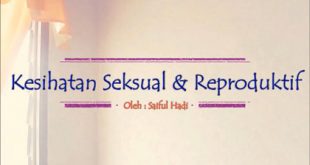