Research on the artificial insemination have started since 1909. However, only in 1965, a Britain  scientist, Robert Edward work together with Howard and Georgeanna Jones who worked in IVF in America successfully fertilising the ovum in vitro.  Edward have worked with Patrick Steptoe, a  Gynecologist in Oldham, England, in order to make a successful human in vitro fertilisation. Steptoe introduce an abdominal laparoscopic surgery to retrieve the ovum.
In 1975, Edward and Steptoe succeed in producing a pregnancy from the in vitro fertilisation. However it was an ectopic pregnancy and results with abortion.  Then, in 1977, Steptoe’s patients with  blocked tube, Lesley Brown had undergone a surgery to retrieve the ovum. Two days later, the fertilised ovum developed to eight cells have been transferred back to Lesley’s uterus.

On December 1977, Lesley was pregnant with the transferred in vitro fertilised ovum. The test tube baby creates history when she was born in 25th July 1978 and named Louise Joy Brown.

The treatment procedure started with ovarian stimulation to produce follicles. The ovarian hyperstimulation started with age dependent, protocol and the dosage of FSH (follicular stimulating hormone). FSH analogue are generally used under closed monitoring especially 10 days after the injections.

The egg retrieval procedure is performing usually 34 to 36 hours after the hCG (human chorionic gonadotropin) injection. The ovum is retrieved from the patient through the vagina with ultrasound guidance. The follicular fluid will be passed to the embryologist to identify the ovum.

In the lab, the semen is prepared for fertilisation and removing inactive cells and sperm. Sperm and oocyte(ovum) are incubated together for 1 to 4 hours in  order for fertilisation to happen. Fertilised oocyte will be observed for the presence of pronuclei and transferred into culture dish for 48 hours until the embryo developed into six to eight cells embryo.  A technique of single sperm injected into oocyte (ICSI) is done when male with low sperm count.

Embryo development after fertilisation will be observed until the embryo is transferred into the mother womb through vagina using a fine catheter. Embryologist will observe and documented cells number and percentage of fragmentation.  Numbered of embryo transferred depend on the embryo quality, women’s age and other health factor.

IVF is indicated in female infertility in the women due to problems of the fallopian tube or unexplained infertility for women that have not conceived after 2 years of regular unprotected sexual intercourse.

Successful IVF requires healthy ovum, sperm that can fertilise and a uterus that can maintain a pregnancy. Only after the less expensive (IUI) option has failed, then IVF is suggested to be attempted.

In the case of male infertility, where there is a defect in sperm quality, low count of sperm, difficult in penetrating the egg, ICSI may be used.  The use of ICSI procedure has been found to increase the success rates of in-vitro

The main potential factors that influence pregnancy (and live birth) rates in IVF have been suggested to be maternal age. The optimal woman’s age is 23–42 years at time of treatment. 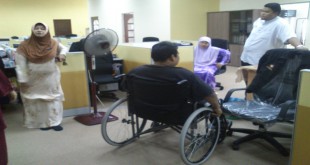