What is Yellow Fever Disease?

Yellow fever is a serious and fatal disease that is transmitted by the bite of the Aedes aegypti mosquitoes that transmit dengue in Malaysia. The mosquitoes usually bite during daylight hours. Yellow fever virus is a member of the Flaviviridae family of viruses. This family contains over 70 related but distinct viruses, of which most are insect-borne. Other major pathogens in this classification include dengue viruses, which are present in most tropical areas and periodically cause large epidemics with severe disease in South East Asia, and Central and south America, and Japanese Encephalitis Virus, which is endemic in much of South East Asia and causes epidemics with high mortality.

A yellow fever vaccination certificate is required from travellers over 1 year of age arriving into Malaysia within 6 days from yellow fever endemic areas. The countries and areas included in the endemic zones are considered as infected areas…. -WHO, International Travel And Health

The new International Health Regulations (2005) came into force in 2007 and was adopted during the 58th World Health Assembly in 2005. Among other things it involved the prevention and control of communicable diseases of which Yellow Fever is one of them.

Once in your system, the virus has no effect for three to six days. This is called the incubation period. Two phases of the disease can then follow: the acute first stage and the ‘toxic’ second stage. The symptoms range in severity from an influenza like syndrome to severe hepatitis or haemorrhagic fever. Symptoms of the acute stage include fever, headache, shivers, muscle pain, nausea and vomiting, and an unusually slow pulse. Three or four days later these symptoms normally disappear.

However, within 24 hours of these symptoms passing, around 15% of people who have been infected with this virus then develop the toxic phase. If this happens, the symptoms include fever, yellow skin (jaundice, as a result of damage to the liver), abdominal pain, and vomiting. Bleeding can occur from the mouth, nose, eyes and stomach. Blood can then also be seen in the vomit and faeces. The kidneys can also be affected, sometimes leading to kidney failure.

Between twenty and fifty per cent of people who enter this toxic phase of yellow fever die within ten to fourteen days. Those who recover do not generally suffer major organ damage, and are then immune to the disease for life.

The mortality rate of yellow fever can be more than 50%.

What is the treatment for Yellow Fever?

There is no specific treatment for yellow fever. However effective medical care can provide comfort, and most of the symptoms can be eased. For example, a fever can be treated with paracetamol. Intensive care may be beneficial for those who become seriously ill.

Vaccination is the single most important measure for preventing yellow fever. In populations where vaccinations coverage is low, vigilant surveillance is critical for prompt recognition and rapid control of outbreaks. Mosquito control measures can be used to prevent virus transmission until vaccination has taken effect.

Immunization against Yellow Fever offers the most effective way of preventing the importation of the disease into Malaysia . Health requirements of Malaysia require that all international passengers and Malaysians over the age of 1 year coming from Yellow Fever endemic countries to have a valid immunization certificate against Yellow Fever failing which they will have to be quarantined on arrival for 6 days minus the period of travel. Vaccination certificatipn becomes valid 10 days after vaccination and last for 10 years. Yellow fever vaccinations can be obtained at Approved yellow fever vaccination centers in Malaysia. 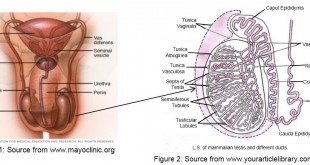