Microbiology is a science that deals with the study of living organisms that cannot be seen by the naked eye, such as bacteria, protozoa, parasites, viruses and fungi. These can be seen with the aid of microscopes, which magnify objects.

Pre-microbiology, the possibility that microorganisms exist discussed for many centuries before actual discovery in the 17th century. Louis Pasteur (1822-1895) was a French chemist. His contribution to microbiology is so great that he is considered to be the “Father of Microbiology”. Pasteur disproved the theory of spontaneous generation. The theory proposed that living organisms originated spontaneously, particularly from decaying organic matter. He disproved it.

Antonie Van Leewenhoek (1632-1773) was one the first people to observe microorganism, using microscope of his own design and made one of the most important contributions to biology. Robert Honke was the first to use a microscope to observe living things.

Ferdinand Julius Cohn (1828-1898) was in German Biologist, his classification of bacteria into four group on shape (spherical, short rod, threads and spinals) is still use today. In 1876 Robert Koch (1843-1910) established that microbes can cause disease. He found that the blood of cattle who were infected with anthrax always had large number of bacillus anthrax. He derived criteria for establishing a causal link between a microbes and a disease and there are now known as Koch’s postulates.

1. Pure microbiology
Bacteriology – The study of bacteria. Bacteria are unicellular organism. The cells are described as prokaryotic because they lack a nucleus. They exist in four major shapes: coccus (round shape), bacillus (rod shape), spirilla (spiral shape) and vibrio (curved shape). The difference in their cell wall structure is major feature used in classifying these organisms. According to the way their cell structure strains, bacteria can be classified as either gram positive (purple colour) and Gram negative (red colour) when using gram stain.
Virology -This study of Viruses. Viruses are noncellular entities that consist of a nucleic acid core (DNA and RNA) surrounded by a protein coat. Although viruses are classified as microorganisms, they are not considered living organisms. Viruses cannot reproduce outside a host cell and cannot metabolize on their own.
Mycology-The study of fungi. Fungi are eukaryotic cell. Most muticelullar and their cell wall composed of chitin.
Parasitology- The study of Parasites, their host and the relationship between them. The scope is not determined by the organism or environmental is question but their way of life.
Immunology-Immunologi is a branch of biomedical science that cover the study of all organism.
Protozoology-Protozoology is the study of protozoa, the animal-like protists.
Nematology is scientific discipline concerned with the study of nematodes, or roundworms.

Pharmaceutical Microbiology – The study of microorganism that are related to the production of antibiotics enzyme, vitamin, vaccines and other pharmaceutical products and that cause pharmaceutical contamination and spoil.

Industrial microbiology – The exploitation of microbes for use in industrial process. Examples include industrial fermentation.

Environmental microbiology –T he study of the function and diversity of microbes in their natural environments. This involves the characterization of key bacterial habitants such as the rhizosphere and phyllosphere, soil and groundwater ecosystems, open oceans or extreme environments.

Water microbiology – The study of those microorganisms that are found in water.

Aero microbiology – The study of living microbes which are suspended in the air. These microbes are referred to as bio-aerosols. Though there are significantly less atmospheric microorganisms than there are in oceans and in soil, there is still a large enough number that they can affect the atmosphere

Microbial biotechnology – The manipulation of microorganisms at genetic and molecular level to generate useful products.

Benefits of Microbiology Services
Microbiology is very important field, especially in the medical field. Diagnosis of disease can be done more efficiently and effectively. Treatment can be provided more precise because antibiotics can be given based on the detected bacteria. Disease prevention and control can be done more effectively, such prevention of dengue and malaria. New studies and researches in the field of medical microbiology may lead to invention of new anti-viral substances against diseases cause by various type of viruses
In addition to Medical Microbiology, Microbiology also includes other industries such as the food industry, the environment, waste water management, pharmaceutical and biotechnology 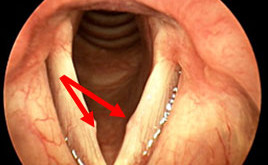 Hoarseness… Is It Sexy?