Voice is a key component in the teaching profession worldwide. This is because the voice is needed during lessons, giving instructions, maintaining discipline and giving guidance to students in the classroom or around the school. A noisy school environment and poor awareness of voice usage and care makes teaching a profession that is at high risk of developing a voice disorder.

What is Voice Disorder?

Roy, Merrill, Thibeault, Parsa, Gray, Smith, (2004), defines voice disorder as voice that is unable to function normally, or voice produced is not the intended voice and subsequently disrupts communication. However, the definition of normal or disordered voice depends on a listener’s own orientation while making the evaluation of another individual’s voice disorder.

Voice disorder is commonly reported among teachers as compared to other professions. Voice disorder affects more female teachers than male teachers. Teachers report that they frequently have voice problems during their teaching career (Kooijman et al., 2007) and 52% of students in the teaching colleges have voice problems during their academic year (Miller & Sloane, 2002).

Why do teachers frequently have voice disorder?

When vocal fatigue occurs due to increasing pitch, this will cause an individual to force the muscles around the neck area to work even harder to exert the vocal folds to produce a clearer voice. This ongoing tension will increase severity of voice disorders in teachers.

How to care for your voice? 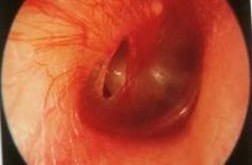