Vitiligo is a common skin disease affecting 0.5-2% of the population. It is characterized by well circumscribed, depigmented (white) spots on the skin and is usually symmetrically distributed (Figure 1). Approximately half of the patients acquire the disease before the age of 20 years and about 1/3 have a positive family history. It can also be associated with other autoimmune diseases such as diabetes mellitus, thyroid disease, pernicious anaemia and Addison’s disease. Vitiligo can be classified into 5 types-generalized, focal, segmental,acrofacial and universal. Generalized vitiligo or vitiligo vulgaris is the commonest type.Diagnosis is usually made clinically, although a skin biopsy may be helpful in some cases.

There is no definitive cure available and the aim of the treatment is to achieve repigmentation of the lesions and stabilize depigmenting process.

Treatment can be divided into: 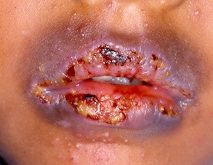 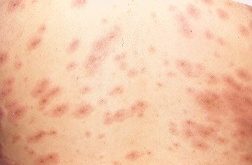