In medicine, imaging refers to the method used to view internal organs or structures within the body. There are several modalities used for imaging such as X-ray, CT Scan (computed tomography), MRI (magnetic resonance imaging) and ultrasound machines.

Ultrasound was first applied to the human body for medical purposes by Dr. George Ludwig in the late 1940s. Improvements in technology have been followed by widespread use of medical ultrasound. Its applications have progressed from simple measurements of anatomical dimensions, such as biparietal diameter of a fetal head, to detailed screening for fetal abnormalities. Ultrasound is also widely used for the detection of changes in tissue texture and study of blood flow in the body. In many areas, ultrasound is now chosen as the first line of investigation.

What Is Ultrasound Imaging?

Ultrasound imaging (also known as sonography or ultrasonography) is an imaging technique that uses sound waves to produce an image. It involves the use of a small transducer (also called probe) to transmit sound waves into the adjacent tissue and receive the returning echo to produce an image. Ultrasound is a noninvasive medical imaging technique that helps doctors to diagnose and treat certain medical conditions. Unlike an x-ray imaging or CT scan, ultrasound imaging does not use ionising radiation. Instead, it uses high-frequency sound waves to produce images of organs and structures inside the body.

Ultrasound imaging can show the structure and movement of the body’s internal organs while Doppler ultrasound, a special technique of ultrasound, can show the blood flow in the blood vessels. Ultrasound scan can help to diagnose a variety of health conditions such as kidney infection and help doctors to evaluate symptoms such as pain and swelling.

How Does Ultrasound Machine Works? 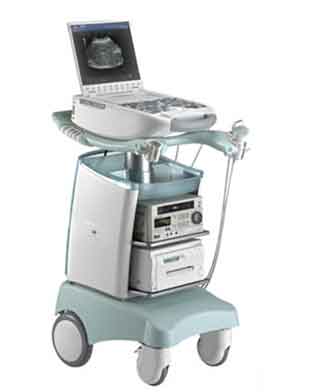 The following are the different types of images that can be formed using ultrasound: 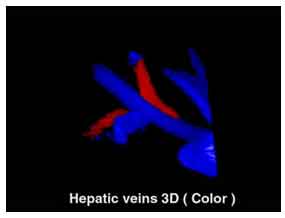 Ultrasound has several advantages as compared to other medical imaging methods. The major advantage of ultrasound over computed tomography (CT) and conventional X-rays is that it does not use ionising radiation. Although MRI also does not use ionising radiation, MRI procedure requires patient sitting in a noisy and confined space. Moreover, MRI is much more expensive and not widely available as compared to ultrasound. In general, ultrasound scan is much faster than X-rays or other imaging methods.

Other advantages of ultrasound are as follows:

The disadvantage of ultrasound is more to the capability of the imaging tools itself. Thus, the term of “weakness” is more appropriate. The main weakness of ultrasound is the difficulty in imaging structures behind air and bones. Ultrasound waves are disrupted by air or gas; therefore ultrasound is not an ideal imaging technique for air-filled bowel or organs that obscured by the bowel. In most cases, barium exams, CT scan, and MRI are the methods of choice in such conditions. Ultrasound waves also have trouble to penetrate the bone. For example, imaging of the adult brain using ultrasound is very limited though improvements are being made in transcranial ultrasonography. Another drawback of ultrasound imaging is that it is relatively dependent on operator skills as compared to other imaging modalities.

Uses of Ultrasound in Medical

Ultrasound is useful in examining many of the body’s internal organs. It is also used during medical procedures. Some of the uses of ultrasound are as follows:

While Doppler ultrasound images, among others can help the doctors to see and evaluate:

How Does the Procedure Work?

In ultrasound examination, a transducer is placed on directly and moved over the patient. Some types of ultrasound tests, however, need to be done with a transducer that is inserted into the body. This is done using transvaginal (endovaginal), transrectal (endorectal), and transesophageal (endoesophageal) transducers.

Risks and Side Effects

Diagnostic ultrasound is generally considered a safe imaging modality including imaging of the fetus. According to the British Medical Ultrasound Society, to date, there is no evidence that diagnostic ultrasound can cause any harm to humans, including the developing fetus. Similarly, World Health Organizations technical report series 875 (1998) stated that there is no published report of harmful biological effect. Nonetheless, Health Canada recommended that operators should be careful to limit exposure to critical organs.

Although there is no evidence that ultrasound could be harmful for the fetus, US Food and Drug Administration views use of ultrasound for making “keepsake fetal videos” to be an unapproved use of a medical device.

Ultrasound is widely used in medical to perform both diagnostic and to assist doctors to carry out certain procedures. B-mode image is the most common type used in ultrasound imaging while Doppler ultrasound is used to evaluate blood flow in the body. Despite its wide range of uses, the major drawback of ultrasound is its limitation in imaging structures behind bones and air. Unlike x-ray technique, ultrasound does not use ionising radiation. Instead, it uses sound wave to produce image. It is generally considered a safe imaging modality. To date, there is no evidence that diagnostic ultrasound has produced any harm to humans. 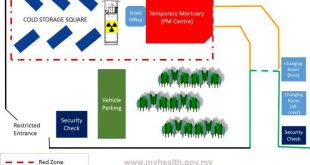 MH17 Experience : The Role Of Forensics