Trace elements are important to the biological structures. In analytical chemistry, a trace element is an element that has an average concentration of less than 100 parts per million (ppm) measured in atomic count or less than 100 micrograms per gram. While in biochemistry, trace element is a dietary element in very minute quantities required for the growth, development and physiology of the organism. Trace elements can exist in either liquid or solid phase. If it is compatible with minerals, it will exist in solid. If not compatible, it will exist in liquid phase.

What are trace elements in human body?

The importance of trace elements

Trace elements play an important role in health. Our body requires only very small amounts of these trace elements but excessive amounts may lead to toxicity. The functions of some trace elements are listed in the table below:

Copper is a commonly performed test in the laboratory. Copper was initially found to be an essential element in haemoglobin synthesis in 1928. In recent years, it has been found that copper is constituent of many enzyme systems primarily by forming metalloprotein. The urine copper test is used to detect Wilson disease where there is an excess of the copper. This can cause the damage to the liver, kidneys, eyes and brain and can sometimes be fatal.

The application of Atomic Absorption Spectrometry (AAS) for the determination of metal concentrations especially at trace levels has been very successful. There are four techniques of AAS;

Technically, the principle of this method is to pass light of an appropriate wavelength through a cloud of the atoms of interest. The amount of the light absorbed is proportional to the number of unexcited atoms present. This principle has been referred as the Beer-Lambert Law.

Determination of copper in the laboratory requires the use of two types of sample: either blood and/or 24-hour urine.  Both blood and urine samples are stable at room temperature for a day. If stored at 2-8°C, it can be stable up to 90 days.

How is the 24-hour urine collection done? The first urine of the starting time must be discarded and the subsequent urine must be collected until the last urine specimen just before the end of the 24-hr period. The total urine volume collected over the 24-hr period will then be ascertained. The urine is tested for the amount of copper present. 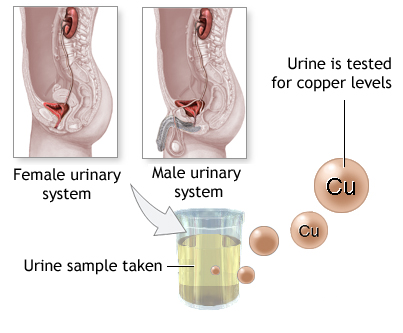 Copper deficiency may present as microcytic hypochromic anaemia. Children and neonates with copper deficiency have ineffective collagen synthesis, which may develop into bone disease. Diarrhoea can occur due to reduced absorption of copper. Deficiency of copper may also lead to Menkey’s syndrome (kinky hair disease). This syndrome is fatal, ex-linked recessive disorder in which there is failure of copper transport across the intestinal mucosa. Patients show mental retardation, depigmentation, severe anaemia, hypotonia and scorbutic changes in bone.

High intake of copper also lead to toxicity and can cause Wilson’s disease (hepatolenticular degeneration); an autosomal recessive disorder which copper cannot be excreted via the bile, or incorporated into ceruloplasmin and consequently accumulates within the bile. Blood copper level may be normal or even elevated as in acute hepatic conditions. Nausea, vomiting, diarrhoea, circulatory collapse and intravascular haemolysis are caused by the ingestion of copper salts. Chronic poisoning with copper leads to gross hepatic copper overload with severe liver disease in young children.

The limitations of Trace Elements measurement

Trace element is determined by AAS, a powerful tool but the reagent and solution is manually prepared by operator which may lead to erroneous results. Other limitations are also described in the table below: 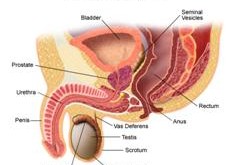