The Effects Of Viral Infection At The Oro-Facial Region

Viral infection is one of the most common infections occurred in the human being. Viral infection may manifest in different clinical forms and affect in all gender and age group. Systemic manifestation may involve in the skin and vital organ or it may affect in the region of oro-facial as localized disease. In general dental practice, it is common infection encountered and could be able to manage in the facilities. However, the features of the infection may vary from different viruses, thus the management of the lesions together with prediction possible complications may also vary.

The most common viral infection that can appear in the region of oro-facial is Herpes Simplex Virus (HSV). Primary infection of HSV can occur during childhood; it may asymptomatic; it may appears as subclinical infection or in the form of gingivostomatitis following a usual course of fever, lethargy, malaise, headache and cervical lymphadenopathy.The clinical presentation such as swollen gingiva would accompany by the vesicular-ulcerative eruption on the perioral skin, vermillion or any intraoral surfaces. These vesicles will rupture and lead to painful ulcers, leaving no noticeable scar after 7-10 days. The virus may transport in a retrograde direction to trigeminal ganglion and it remains latent. In developed countries, many adolescents do not acquire the disease during childhood but they have the risk of developing symptomatic infection with pharyngotonsillitis, malaise, fever and headache. Lymph node which becomes enlarged (cervical lymphadenopathy) by swelling, often in response to the presence of the vesicles and ulcers in the tonsils as well as posterior pharynx, thus it is known as infectious mononucleosis. In an immunocompromised or suppressed patient, primary infection may be life-threatening with disseminated disease or it presents with extensive non-healing ulceration.

Secondary herpes simplex infections which influence 15-30% of the group are herpes labialis. Predisposing factors are common colds, menstruation, fever, influenza, UV exposure, emotional upset, stress and anxiety. The virus will reactivate and move along one of the sensory divisions of the trigeminal nerve. The symptoms of burning sensation have the potential to trigger nerve pain causing patient’s distress prior to outbreak of small vesicles. They frequently observed at mucocutaneous junction of the lip or perioral skin. Healing will happen within 10 days after the vesicles enlarge, combine (coalesce), ulcerate and end up with the crust.

Varicella-zoster virus (VSV) is less common but occurs in severe form. Chickenpox (varicella) is the primary infection in childhood due to VZV whereas shingles (herpes zoster) can occur in anyone who has had chickenpox. Shingles commonly occur in older adults. Following the primary infection, the viruses at that point will migrate via sensory nerves to the dorsal spinal ganglia or ganglion of the trigeminal nerve. Intraorally, the vesicles commonly seen at the tongue, buccal mucosa, gingiva, palate and oropharynx. However, these vesicles are not painful.

Recurrence of viral infection to the tissue supplied by the sensory nerves is caused by various factors. The immunosuppressed patients such as those who are on cytotoxic drugs, radiation therapy, internal malignancies, malnutrition, old age, alcohol intoxication or substance abuses are more susceptible to get infection. During dental procedure, over manipulations at the infected-area have the tendency to trigger recurrences.

Herpes zoster is a viral disease characterized by painful skin rash with vesicles and its tenderness in the dermatome is related to the affected sensory ganglion. In the maxillofacial region, the vesicles will form at one side of the face, whereas in the oral mucosa, they will present along any divisions of Trigeminal nerve. The vesicle will ulcerate and set in pustules with crusted sores lesions within 3-4 days and it will heals 7-10 days. It frequently recuperate with scarring zone of hypo/hyperpigmentation. Ramsay-Hunt syndrome can occur if the infection involve in the area of nerve of Facialis and nerve of Auditorius. The syndrome could lead to facial paralysis, tinnitus, and vesicles on the external ear, deafness and vertigo. In an immunocompromised patients, if intense attack of herpes zoster progressively continuous, it can cause spontaneous bone necrosis of the mandible. Those patients who presented with unilateral vesicles of herpes zoster will lead to a unilateral exfoliation of the teeth in the necrotic mandible. Postherpetic neuralgia is the main complication of herpes zoster infection. About 10% of the patients with herpes zoster infection, especially at the ophthalmic division of trigeminal nerve present with persistent, unilateral pain on the affected area. Unlike trigeminal neuralgia, the pain is not paroxysmal. The patient who has the previous history of skin lesions associated with scarring may facilitate in the conclusion of diagnosis.

Coxsackie virus infection likewise can manifest in the oro-facial region as mouth blisters known as Herpangina. If the infection characterized by sores in the mouth and rash on the hands and feet, it affects mainly among children and occurs during summer, it is known as hand, foot and mouth disease (HFMD). This disease presented with sudden onset of malaise, fever and sore throat which settles in 2-3 days. Oral presentations will be vesicles, ulcerations and diffuse erythema on the soft palate, fauces and tonsillar areas and recuperated following 7-10 days. In HFMD, it is commonly seen in children aged 1-5 years old, 75% of that cases presented with eruptions of the vesicles on the palms of hands and on the feet, associated with low-grade fever and mild malaise. Vesicles may likewise have the capacity to be found at proximal extremities, buttocks and anterior part of the mouth.

Focal epithelial dysplasia or Heck’s Disease is an uncommon viral infection of the oral mucosa caused by HumanPapillomavirus (HPV). It is asymptomatic, characterized by multiple soft smooth papules or nodules with slight white to pinkish elevated mucosa. In children, it occurs especially at labial and buccal mucosa. Size of individual lesion perhaps small (0.3-1.0 cm) and mostly clustered resembling cobblestone mucosa or fissured and it will heals spontaneously.

Squamous cell papilloma is a lesion whereby mostly been diagnosed in the age group of 30-50 years old. It grows rapidly at beginning and the sizes of lesion usually do not exceed 5mm in diameter. These lesions frequently located at the tongue, lips and soft palate. The clinical presentation usually painless, characterized with slow growing solitary and cauliflower-like lesions with a branched finger-like process. The colour of the lesions may be varies depending on the degree of surface keratinization. Verruca vulgaris commonly occurred in children, presented with painless, slow growing, exophytic lesions with sharp finger-shaped processes and usually notice at labial mucosa, tongue & gingiva. It can be treated by autoinoculation.

Paramyxoviruses are predominantly responsible for acute respiratory diseases, usually transmitted by airborne droplets. Many diseases caused by paramyxoviruses including measles and it is the most common occurrence inchildhood. It can cause erythematous maculopapular rash accompanied by acute febrile illness. Koplik spots are characteristic of early measles and found inside the cheek. They appear as the early sign of infection and often preceded by the skin rash. It will appear as white and red macules on buccal and labial mucosa and represent as foci of epithelial necrosis.

Human immunodeficiency virus or HIV-related lesions can be presented with oral hairy leukoplakia. It presents as white and vertically corrugated white lesions at the inferior surface of the tongue and buccal mucosa. Epstein Barr Virus (EBV) of gamma herpes virusesis responsible for both local and systemic infections. Other oral conditions which are recognized as premalignant lesion such as chronic hyperplastic candidiasis or leukoplakia are not related to EBV. It is a condition that affects immunosuppressed person although they are similar case reports in HIV negative patients. Therefore, in order to exclude the lesion from viral-related infection, a tissue biopsy needs to perform to confirm the diagnosis. Hence, this report would be able to differentiate the lesion either a premalignant lesion or viral-related lesion.

Human herpesvirus-8is associated with Kaposi’s sarcoma especially in patients with HIV disease or acquired immune deficiency syndrome (AIDS). The definitive diagnosis must be confirmed by biopsy as clinically, it has similar presentations with other lesions. It presented with erythematous/violaceous plaque-like lesions which can enlarge and become a tumour. Large lesions may become ulcerated, painful and interfere with function. It frequently found at the palate or attached-gingiva.

Viral infections to the human body, especially in the oro-facial region, could have given significant impact to the forms and functions of the organ. The effect of post viral infections may impede daily activities and reduce quality of life of an affected individual. Therefore, it is crucial to diagnose at the early stage. Early intervention can be carried out to prevent post viral infections complications. 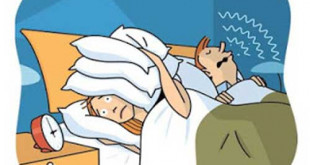 Snoring: Talk To Your Dentist To Get Help 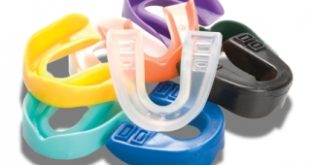